RESERVATION IN EWS CATEGORY FOR ADMISSION IN DELHI UNIVERSITY

The 10% increase in the EWS category in DU has led to 16,000 additional seats at the University of Delhi. In one of the latest moves by the Delhi University, EWS students can get provisional admission in DU through EWS Category In DU.

Economically Weaker Section (EWS) in India is a subcategory of people belonging to the General Category having an annual family income less than ₹8 lakhs and who do not belong to any reserved category such as SC/ST/OBC (central list). If a candidate who doesn’t fall under castes recognized as SC/ST/OBC by the Govt. of India & doesn’t avail any form of reservations (except horizontal reservations like ECS, PwD, etc.) & his/her annual family income is above the prescribed limit of ₹8 lakhs by Government of India (or as prescribed by state govt in the respective states), then he/she will be recognized as a candidate from General category and not from EWS and cannot take admission in EWS category in DU.

The Union Government of India tabled the Constitution (One Hundred And Twenty-Fourth Amendment) Bill, 2019 which provided 10% additional quota for the EWS students amongst the erstwhile Unreserved category or General category students. 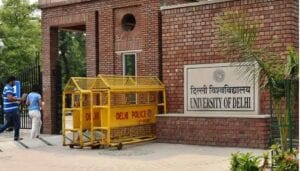 Last year, only 27 percent of seats have been filled in the newly introduced economically weaker section (EWS) category in DU for students in the prestigious due to an unexpected problem: high marks needed for admission into various courses. When the central government announced a 10 percent reservation in government jobs and educational institutions for the EWS category in DU January, many students who were preparing for the Class 12 exams celebrated. But data available on Delhi University’s official website says the admissions in the EWS category in DU have been really slow: only 27 percent seats have been filled after the second cut-off.

A total of 1,527 students have taken admission in undergraduate courses in the EWS category in DU  though it has 5,600 seats.

Students and professors blame it on the high ‘cut-offs’, or the minimum marks needed for admission which was almost as high as those meant for students looking for admission in EWS category in DU

In the Previous Year, the university has already enrolled students for over 80 percent of its overall seat share: 50,989 students have got admission against the available 62,000 seats till July 10.

The Government of India earlier did not provide any reservations to EWS candidates. There is a significant percentage of the Indian population who belong to the EWS category and who would apply under EWS Category in DU.

People belonging to Economically Weaker Section since 1 February 2019 now get 10% reservation in education (supernumerary seats created for EWS category) and government jobs of India (vertical reservations) similarly like OBC, SC, ST. There was huge unrest among people who came out in many ways including the form.

On the other hand, the Indian Institute of Technology Delhi (IIT-D) and Jawaharlal  Nehru University (JNU) which are both residential institutes with limited hostel accommodation, will also witness a rise in student intake. The student intake of IIT Delhi has gone up by 590 whereas in JNU it has gone up by 346.

As per the sources, around 20,000 seats will be available for the candidates in the city including those seeking admission in the EWS category in Delhi University and other popular institutions of technology.

Meanwhile, many higher educational institutes and universities like DU are worried about their academic set up. The financial ramifications of the varsity are enormous and the additional seats will lead to extra cost. It will be difficult for the varsity to manage the extra cost that too without any assistance from the central government.

READ: other criteria for reservation 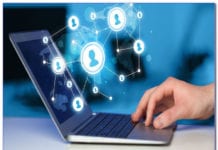 WILL CUCET BE CONDUCTED AFTER CANCELING CLASS 12TH BOARD EXAMS?