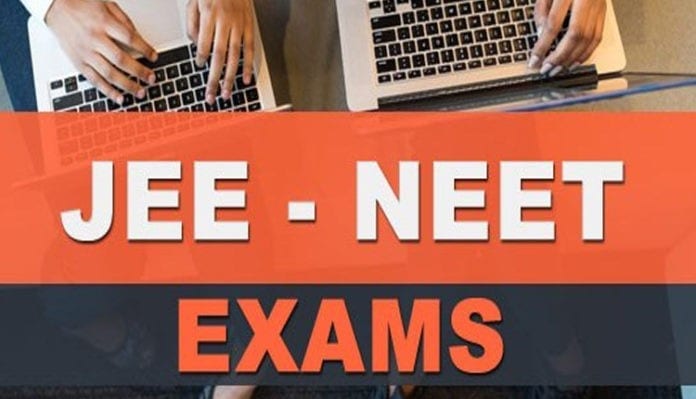 The engineering exam JEE is to be held from 1st to 6th September, whereas the NEET exam will be held on 13th September.

Ramesh Pokhriyal Says Students in Favour of Commencement of Exams

In an interview, Ramesh Pokhriyal said that the parents and students are constantly pressurizing the ministry to conduct the exams. He said that the NEET and JEE Main 2020 exams have been finally scheduled after being postponed twice. Also, the Supreme Court has already said that the entire academic year of the students can not be ruined.

SC on August 17 rejected a petition demanding postponement of JEE NEET exams. The Supreme Court concluded that the entire academic year cannot be wasted and everyone must learn to live with the virus.

Demand for Conduct of JEE NEET

While most parents, students, and professors have been demanding the cancellation of upcoming exams, several guardians and students were happy by the supreme court”‘s decision to conduct the exams.

Director of IIT Delhi Ramgopal Rao said that further postponement of JEE NEET might lead to severe consequences on the 2020-21 academic calendar. Since the further delay in the process would impede the prospects of the students. He said that a session comprises six months and if exams are conducted in September the new session cloud began in December. The NTA will conduct the upcoming JEE and NEET exams with several safety measures.

Meanwhile, students have been demanding the center to cancel the JEE NEET exams. Danish Sisodia, Mamata Banerjee, Naveen Pattanaik, Rahul Gandhi, and several other political persons have tweeted against the decision to conduct JEE NEET exams amid coronavirus pandemic.

Banerjee and Pattarnaik have also written letters to PM Modi for the cancellation of exams. While environmental activist Greta Thunberg tweeted about the unjust of commencement of all these entrance exams amid the Covid-19 pandemic.

Actor Sonu Sood further raised his voice by tweeting for calling off the JEE and NEET exams. He claimed that the issue is not just an exam for the candidates, it is also a test for the government.

However, an official from the Ministry of Education said that the ministry is not planning to postpone or cancel the exams.

DU: AFTER THE DIGITAL DEGREE YOU WILL GET A COPY OF THE FREE OFFLINE DEGREE

KNOW THE STATES REOPENING THEIR SCHOOLS AND COLLEGES TODAY