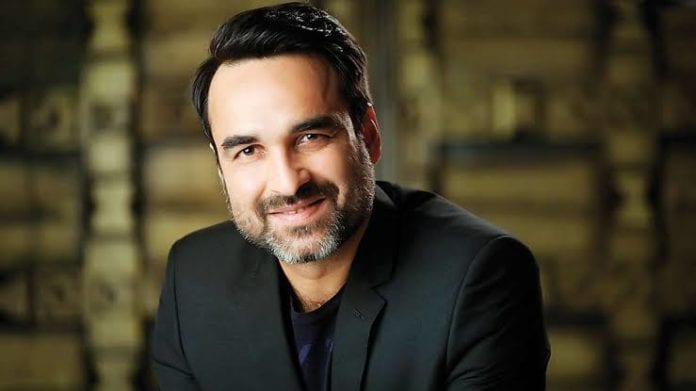 Pankaj Tripathi is one of the rising stars of the Bollywood industry who began from scratch from a small village in Bihar and now holds a significant position in the present era. Pankaj is a well-known and one of the most popular artists of India who fought with his destiny and traced relishing mark of himself in Bollywood. Let’s know about his career, life and achievements in Pankaj Tripathi biography.

Actors are known for their acting skills, physical appearance, styling qualities, the grooving steps. Everything lies behind. What always stays with the actor is his acting. Pankaj Tripathi is the best example of it. He is put up in a small village in Bihar where his parents are farmers. His father is the priest of the village and lives a decent life.

Pankaj Tripathi is the youngest of all the siblings. He completed his schooling at DPH school in Bihar. Afterward, his father asked him to go to Patna for further studies. Pankaj Tripathi graduated from the National School of drama in acting and always had an active participation in all the competitions. So, this talent of acting was built in him from the beginning and he improved it day by day by participating in several events from his school time. In 2004, Pankaj Tripathi was married to Mridula Tripathi and now the family is happy with their daughter Aashi. When he got married, he was just a stage performer for many years. Later, he moved to Mumbai and life took a turning point. 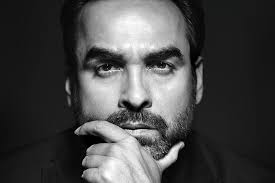 Talking about personal life in Pankaj Tripathi biography, he was born on 5th September 1976 and he belongs to a Sanatan Hindu brahmin family. His father’s name is Pandit Benares Tripathi and her mother is Hemwanti Tripathi. Pankaj worked as a farmer in his childhood till he was in 11th class. He used to participate in the nataks of the village. So, he used to play the role of a girl in the village that amazed the villagers and all the villagers appreciated him for the hard work he did. That was a time Pankaj believed that he is meant to be an actor.

Pankaj moved to Patna for his further studies and took admission to the Institute of Hotel Management. Along with his profession, he performed many stage shows and theatres. On the other hand, he was quite active in college politics as well. He even worked in a five-star hotel in Patna and after staying for about seven years in Patna, he moved to Delhi and was admitted to the National School of drama. In 2004, he graduated from the National School of Drama and moved to Mumbai.

Pankaj took tiny steps to reach the destination he is now on. He began with playing the role of a politician in Tata Tea. So, the first movie he performed was run. Although he performed an uncredited role. After struggling hard and doing stage shows, he made his big breakthrough. He came with his best role in the Gangs of Wasseypur which made a huge impact in the industry and at that time people came to know who Pankaj Tripathi is. He auditioned for the film for around 8 hours.

In 2008, he also did a role in the TV series Baahubali and a serial Powder. His personality was depicted as a gangster. So, he played many negative roles and gangster roles in the beginning. He even won a critical appraisal for it. Finally, in the year 2017, he gave his debut in the film Gurgaon. His film Newton was nominated for the Academy Award in the best foreign film category.

Apart from Bollywood, Pankaj Tripathi also worked for Tamil cinema and give his debut in the film Kaala. 7th June 2018 is the release date of the movie after which he appeared for the web series Mirzapur. Audience loved both the seasons of Mirzapur and Pankaj Tripathi received great appreciation and love from his fans and critics. Moreover, he gave his best in the web series Sacred Games which is available on Netflix.

Gangs of Wasseypur is a crime movie directed by Anurag Kashyap. So, the movie has 2 sequels. Although it was shot altogether and surrounds 321 minutes. The movie was on screen in 2012 and at that time no Indian Theatre volunteered more than a five-hour film. So, the movie was split into two parts. Gangs of Wasseypur revolves around the cold mafia of Dhanbad. It encircles the three crime families and their politics and struggle. Along with Pankaj Tripathi, Manoj Bajpai, Richa Chadda, Tigmanshu Dhulia, Nawazuddin Siddiqui and Hume Qureshi were also a part of the movie. For the director Anurag Kashyap, the Tamil Film Subramaniapuram is the only inspiration to which he decided to direct this movie.

Mirzapur is a television series streamlining on Amazon Prime Video. It is an action crime thriller series written by Puneet Krishna and Vineet Krishna. This series is divided into two seasons and it is the third Indian Original of Amazon Prime Video after Inside Edge and Breathe. So, the series is based on the rule of Kaleen Bhaiya (Pankaj Tripathi) who is the mafia don and the ruler of Mirzapur. Mirzapur is specifically a purvanchal region in Uttar Pradesh. Along with Pankaj Tripathi, Kulbhushan Kharbanda, Shriya Pilgaonkar, Divyendu Sharma, Shweta Tripathi, Harshita Gaur, and Rasika Dugal were also a part of the first season of Mirzapur. Mirzapur turned out to be the most popular web series in India.

Extraction is an American movie in which many Bollywood stars played a significant role. Sam Hargrave is the director of the movie and features Rudraksha Jaiswal, Randeep Huda, Golshifteh Farahani, Pankaj Tripathy, and David harbor. It revolves around a Black Ops mercenary who has to rescue the drug Lord’s kidnapped son. The opposers kidnapped his son in Dhaka, Bangladesh. Extraction came on screen on 24 April 2020 on Netflix and received amazing reviews from the critics. Everybody praised the performance of all the actors but some of them even pointed out excessive violence. Eventually, the movie became the most-watched original film in Netflix’s history.

Gurgaon is the first movie in which Pankaj Tripathi gave his debut. The movie came on screen in 2016 and it is a thriller movie that Shankar Rahman directed. It features Akshay Oberoi, Arjun Fauzdar, and Ragini Khanna. The movie revolves around the metropolis of Gurgaon/ Eventually, the movie is also on screen in the International Film Festival and awards in Macao and globally as well. It won Prasad DI Award at the National Film Development Corporation film bazaar in the year 2015.

Pankaj Tripathi even got a special mention for the movie Newton. Newton was on screen in the year 2017 and it is a black comedy-drama film and Amit V Masurkar directed it. Moreover, the other stars of the film are Raj Kumar Rao. Anjali Patel, Raghubir Yadav, and  Drishyam films produced it. Newton is premiered globally and had nominations for eight awards at the Filmfare award. The movie had nominations for the best film critics, best actor for Rajkumar Rao, Best Supporting Actor for Pankaj Tripathi, and best story. Consequently, Rajkumar Rao won the Asia Pacific screen award for the best actor and Newton got the award of National Film Award for best feature film in Hindi. For the movie, Pankaj Tripathi won a special mention in the National Film Awards. It received an entry for the best foreign-language film in the 90th Academy Awards.

Pankaj Tripathi had a significant role in one of the most famous web series Sacred Games. It is a crime thriller streaming television series that is based on Vikram Chandra. It is the first Netflix original series of India that Vikramaditya Mandavane and Anurag Kashyap directed together. The series includes many seasons and the first season was on-screen on 5th July 2018 on Netflix. Sacred game is the only Indian series that appeared on the New York Times the best international TV shows of the decade list.

So, apart from all the blockbuster hits and highest viewed web series in Pankaj Tripathi biography, he also worked in the movies like Apharan, Omkara, Dharm, Shaurya, Chintu Ji, Pyar Bina Chain Kaha Re, Raavan, Aakrosh, Chillar Party, Agneepath, Dabangg, Fukrey, Run, Gunday, Singham Returns, Nil Bate Sannata, Bareilly ki Burfi, Fukrey Returns, Munna Michael, Super 30, Extraction and many more. Now he is going to return with a new film Mimi which is going to release on Netflix soon. The film 83 is completed but not yet producers have not yet promoted it and Bachchan Pandey is still under filming.

Pankaj Tripathi also did some TV shows like Time Bomb, Zindagi ka Rang-Gulaal, Powder, Sarojini, and some of the web series like Sacred Games, Mirzapur, Criminal Justice, and Yours Truly.

Talking about the achievements in Pankaj Tripathi biography, he won many films awards like the National Film Awards, Filmfare Awards, IIFA Awards, Zee Cine Awards. Moreover, he won the Filmfare award for the movies Newton, Stree, Gunjan Saxena, and Ludo as the best supporting actor. He won the best performer in a negative role for the movie Gangs of Wasseypur. The other awards he received for the best supporting actor are Shri Dada Saheb Phalke Film Festival Award, hit list OT awards, Critics Choice Film Awards. He even won some awards for the best actor like Indian Television Academy Awards.

So, the journey of glorifying success has just started. Pankaj Tripathi is not just an ordinary artist, he is a legend and an inspiration for all the artists residing in small villages.

22 DU COLLEGES TO ADOPT OTHER INDIAN COLLEGES FOR HELP AND...