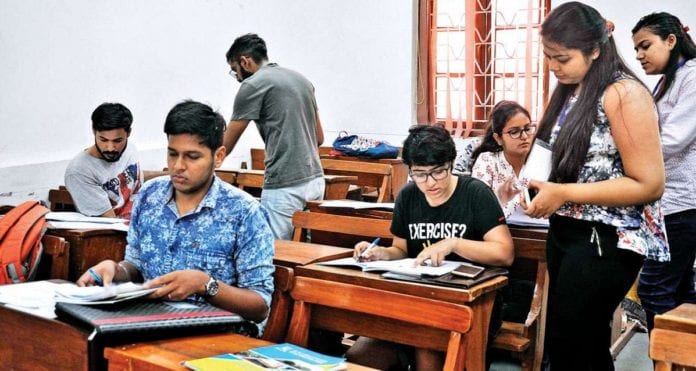 Ever since the second cut-off has been released by the Delhi University, the varsity has been witnessing a significant rush of students to obtain admission in their choice of colleges. More than 5,000 students took admission in various colleges under DU, a day after the second cut-off lists were released. Unlike first cut-off’s first day, the admission process was carried out smoothly without any technical glitches or any other issues after the release of the second list. Over 15,000 admissions took place during the three days after the first cut-off lists were released. However, 2,388 students cancelled admissions, officials said.

Admissions have been closed by many prominent colleges after their seats were filled during the admissions after the first cut-off lists were released on June 19. The admission portal for aspirants to take admission into various undergraduate courses was activated on May 15 and the registration for the same ended on June 7. Till now, the university has published a total of five cut-off lists.  The total number of male applicants for admissions are 1,44,248, women 1,34,297 and other applicants 29.

According to an official from the university, 2,78,544 aspirants have made payments. Last year, around 2.20 lakh candidates had made payments. Admission figures released by the university after the first list revealed that maximum admissions (1,889) had taken place in the B.A. Programme course across colleges.

SRCC has closed admissions for SC candidates for its B.A. (Honours) Economics.

Reported by The Indian Express