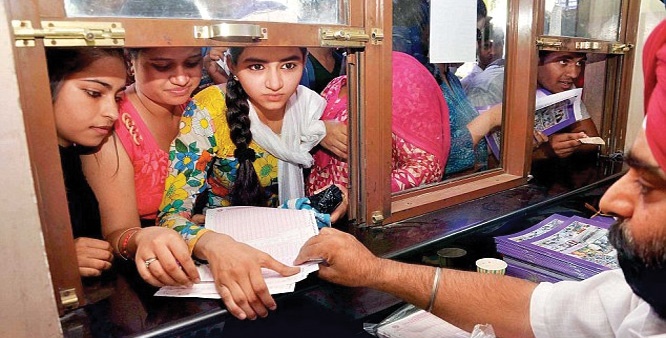 The official statistics provided by DU states that around 4800 applications were received on day-1 of 3rd list admissions. The 3rd cutoff was officially released on 24th October 2020 and the applications against it started on 26th October 2020. However, around 82.5 percent of seats are already accommodated and hence, the drop in cutoff is very marginal.

The applications for the 3rd list is initiated from 10 a.m. on Monday, 26th October. The procedure will continue till 30th October 2020. Precisely 4,872 candidates applied on the first day. However, a total of 2410 of the applications were approved after successful verification. A senior official from DU disclosed this exact figures.

DU 3rd cutoff was released on Saturday, 24th October and most of the colleges have closed admissions. All the top popular courses have already closed admissions as they received a lot of applications. Therefore, the drop in the cutoff percentage of the remaining courses and colleges is marginal.

1st cutoff admission percentage for three of the college’s courses were 100 percent. Economics, Political Science, and Psychology were popular courses with such high cutoffs. A marginal drop ranging from 0.25 to 1 percent is observed. 99 percent is the eligibility cutoff for BA Economics honors as Zero applications were made into this course. 99.75 percentile is required for applying to BA Psychology Honors and BA Political Science Honors. Journalism Honors also dropped the cutoff by 0.25 percent i.e. from 99.5 to 99.25.

The mode of application is completely online. Hence, aspiring candidates are advised to wisely implement the process. DU Admission Branch has issued time to time guidelines for such candidates.