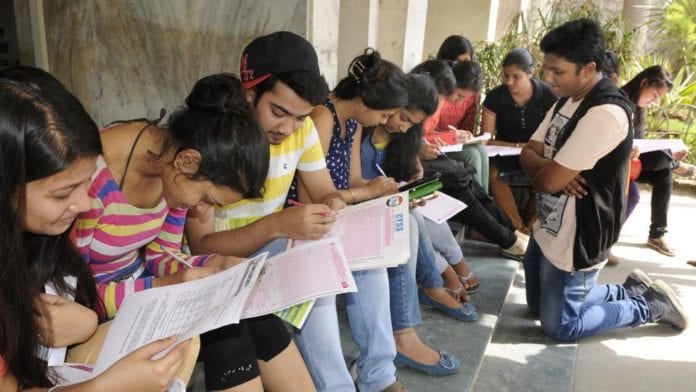 According to varsity, over 31,000 admissions have taken place in the Delhi University till now.

Around 2,693 admission cancellations have taken place after the second cut-off list was announced on Wednesday and there have been 580 withdrawals.

To seek answers to their queries, students approached the office of the Dean Students’ Welfare on the second day of admissions after the second cut-off was announced.

Many students were disappointed at not being able to get into courses or colleges of their choice and the reason for their cancellation of admissions was either due to lack of information or delay in payment of fees.

Students do not check their mailbox for delivery of the university’s URL for payment of fees. A number of admissions have been cancelled only because students do not take follow-ups.

The management must explain the online process to students before the admissions begin due to the new ambience for the students.

This year the cut-off at the university portal and the college were not equivalent leading to create ambiguity among the students. The cut-off set by one of the courses by Ramjas is 95.25 per cent, however, the web portal of the university displays it to be 92.25 per cent. This creates false expectation among DU aspirants and must be rectified as soon as possible.

Some students were happy that they got admission to courses and colleges of their choice.

Due to the harsh weather, the flights got delayed and then the unusual traffic jam ensured that the students could not reach to their respective colleges for admission.

Most students in Hindu College came out quietly satisfied after getting admission in courses of their own choices after the second list was released.