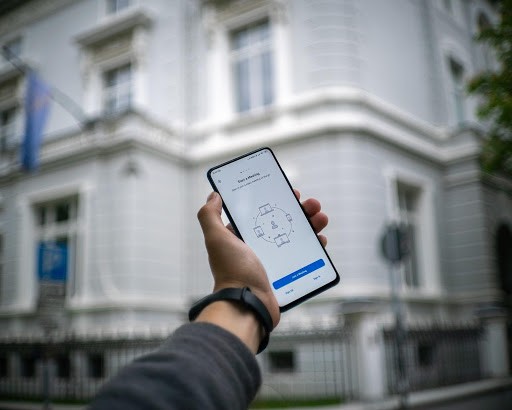 Since the rival apps like zoom that were untrusted for their data secrecy and vulnerabilities that would even provide user’s data to the hackers. To combat this problem many tech-worthy people started to evolve some video chat app.

Meanwhile, as it was the best time to launch the video chat app as it is being highly used in the educational as well as corporate institutions to the Indian tech launched video chat app ‘Say Namaste’ that allows multiple users at a time connect on a video conferencing platform.

From the company’s perspective, Say Namaste is completely secure, private with password encryption, multiuser login, and a video conferencing app.

But talking further, this app does not provide the security like an end to end encryption as provided by Zoom.

Anuj Garg, who is the CEO, Inscripts told that the company uses A256 bit encryption for all the data transmission including video conferencing. This app provides a completely secure environment the app does not store any data of its users.

This app has been acknowledged by keeping in mind the sensitivity and the languages that are used in India which will help to provide services to a larger audience.

Going the Extra Megabyte for Security

As we are aware of the fact that data security is the uttermost important key for the users thus the app is installed with GDPR. Also all the developers are trustworthy with ISO 9001:2015 certification.

Anuj Garg, CEO of Inscripts told that the company is working on end to end encryption and also two-factor authentication with OTP and the password when the user login on this app.

For the MSME sector, the company is paving its way to redirect its email addresses that will allow only the restricted persons whose email is verified by the company to enter the video chats, keep the hackers out of the box.

It is working on the path of the software like the Microsoft Team that allows SMS OTP to its premium users.

The User Interface of this new Indian app is mostly similar to the apps like zoom, thus the users will not face any problem while using this app.

Inscript is also moving further to help the users with a low bandwidth connection to ensure its use by a larger section of society. It has 7,00,000 users until now and currently the app is in its beta phase.

Another thing to note that the software we are talking about in this article is not present on the app store but the company claims that this app shall be provided on the Google play store soon.

JEE AND NEET 2021 WILL BE BASED ON REVISED SYLLABUS: EDUCATION...