Managing, taking, and conducting exams is a matter of challenge in situations like the one prevalent currently. Exams from the safe space of the candidates home is a viable option but no as such efficient mechanism exists as such.

The National testing agency which is responsible for conducting most of the important competitive and entrance examinations is currently exploring options to develop that mechanism through which exam can be held from home with no scope for unfair practices in the future.

Vineet Joshi’s statement, National Testing Agency chief, came during a webinar or web-discussion on the future of education.

NTA was set up in 2018 and in a time span of two years, it has conducted exams for over one crore candidates. The efforts of the agency, which is also responsible for conducting highly competitive entrance exams including NEET and JEE exams, were also highlighted.
The agency is making efforts and decisions in this direction so that a proctored mechanism can be created in the future to allow home-based exams in such a way that can eliminate the scope of the use of unfair means, added the NTA Chief.

The NTA’s move to try to develop such a capacity to hold home-based exams was confirmed by a senior NTA official when contacted.

Another official also communicated that NTA already conducted a home-based exam for the Sports Authority of India (SAI). It was also informed that there is no planning to hold bigger exams like JEE or NEET through such mode yet. Building capacity to conduct exams such a way in the future is under process.

JEE and NEET exams are yet scheduled to be held in the second half of July, keeping in view of the COVID-19 scenario. Although, the HRD Ministry is expected to take a call on holding these exams.

A government official has informed that although the NTA has done the preparations, the Home Ministry has directed educational institutions to be kept shut and the CBSE examinations have also been canceled. An announcement for the same can be anticipated soon.

Indira Gandhi National Open University (IGNOU) vice-chancellor Nageshwar Rao, in the webinar which was organized on Tuesday, highlighted the need to familiarize students with the online mode of tests from a younger age only, preferably at school levels even. 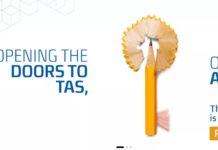