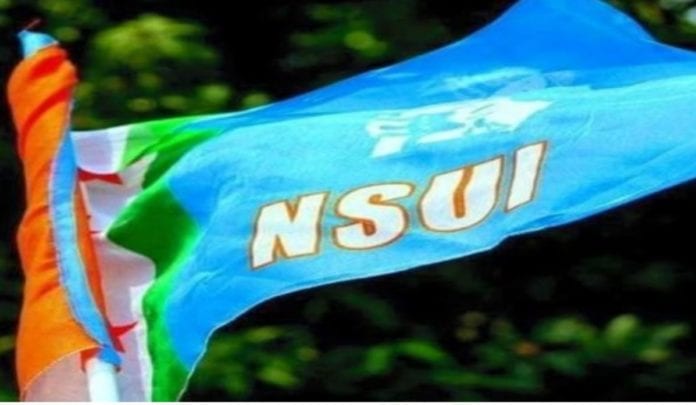 National Student’s Union of India (NSUI) has displayed its disappointment regarding the execution of OBE.  It demands proper justification by Delhi University Fault in their system.

On Tuesday, the National Secretary in charge of media and communication, Lokesh Chugh wrote a letter to Delhi University.

After two days of OBE, the reality is in front of everyone. The promises made by DU VC and the authority about “smooth conduction” of OBE, now turned into a mirage.

Even after constant protest and opposition by students, teachers, and many significant members,  the varsity of Delhi University conducted the online Open Book Examination. All the final year postgraduate and undergraduate students have to appear for the exam.

The new format was not at all suitable for the students due to various reasons. Many students don’t have a proper internet connection. Also, students claimed that the DU website cannot handle the load. Even during fee submission, the site crashes.

Many unions including NSUI has already mentioned before that this idea is not appropriate. NSUI has asked the varsity to rethink about this format multiple times. However, the authority adhered to this and conducted OBE.

NSUI wrote that OBE was not less than “disaster”. Also, the Secretary asserted that students are already not in a good pace. Moreover, they have mental stress to make arrangements for the OBE. Also, some students live in village areas, where there is a lack of internet facilities.

As assumed earlier, the portal for exams crashed. Many students were not able to upload answer scripts as well.

The letter reads, ” The OBE conducted yesterday was a disaster in itself.  The students were already going through a lot more physically and mentally had to give an online exam. Many of them live in remote areas where they don’t have internet connectivity, to resolve this, they had to do lots of efforts”.

NSUI PROTESTED AGAINST UPDATED GUIDELINES OF UGC OUTSIDE HRD OFFICE

The students’ body has already alerted the varsity about the OBE format. However, DU didn’t listen to any pleas or advice. Now, NSUI demands a proper explanation by the University of Delhi. Also, they have to provide justification regarding the fault in their system.