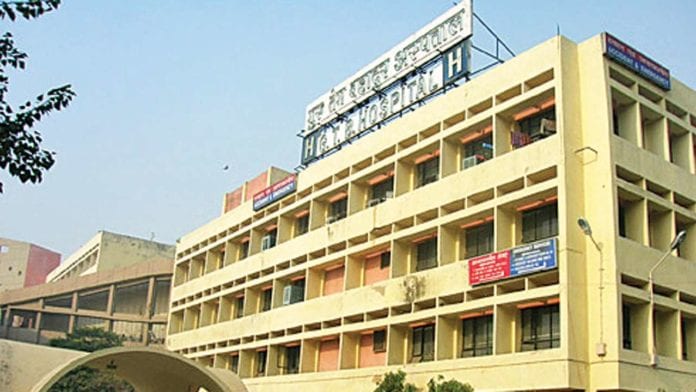 New Delhi: The Delhi Chief Minister Arvind Kejriwal announced on Sunday that the beds in hospitals run by the state governments will be reserved for residents of the capital. This will continue until the coronavirus situation subsides. This decision was taken by the Delhi Cabinet.

However, this decision does not cover the hospitals which come under the Union government such as AIIMS and Safdarjung Hospital.

He addressed the citizens on video conferencing. While addressing, he also reiterated his apprehension that the city hospitals might get over-crowded with people from other states. members had assessed the situation.

They found out that by the end of June, they will need around 15,000 beds for the treatment of the infected people. Approximately 10,000 beds are available in the hospitals run by Delhi-government and those run by Centre. It has also been decided by the Cabinet that the beds in Delhi government hospitals will be reserved only for the people of Delhi.

A member of the committee, Dr. Arun Gupta, said that the assessment was based on the current case trajectory. He said that the aim of the committee was to find out how many beds will be needed in a month’s duration. The city will need about 15,000 beds by June 15, according to projections. However, this number can cater to only patients in the city and not to those who come from different parts of the country.

It is expected that once the border opens, the beds in Delhi will fill within 3 days if there is no restriction imposed on who can avail treatment.

He also added that even the private hospitals will have to reserve beds for Delhi citizens.

This decision was taken after the suggestions from the citizens along with an expert committee which was headed by Dr. Mahesh Verma, vice-chancellor of IP University.

The chief minister also announced that the few private hospitals which perform special surgeries and therefore attract patients from all over will also run as usual.

Besides this, the borders of Delhi, which were sealed last week, will reopen to allow inter-state movement.

Due to the rising coronavirus figures in the city, the borders were sealed last week following the chief minister’s orders.

The government had asked for “guidance” from its public on the final decision about the hospital beds. The Aam Aadmi Party government had issued helpline numbers. Suggestions were accepted until June 5.

Congress spokesperson, Ajay Maken in a virtual conference said that it was shameful that the COVID positivity rate was the highest in the national capital. Its recovery rate is the lowest in the country. He said that this is because the hospitals in Delhi are in a bad shape.

He further asked the Kejriwal-led government the reason why the government hospitals were refusing to admit Covid-19 patients. He alleged that 72% of the COVID-dedicated beds were lying vacant in Delhi.