As per the National Institutional Ranking Framework Rankings (NIRF) India Rankings 2020 of the Ministry of Human Resource Development (MHRD), Indian Institute of Technology (IIT) Madras is the best educational institute in the country.

In this year’s NIRF India Rankings, Indian Institute of Science (IISc), Bengaluru took the second position whereas IIT Delhi was in the third position.

According to the National Institutional Ranking Framework (NIRF), the Delhi University top colleges rankings 2020 has been released. Miranda House has bagged the first position with an overall score of 88.23 in both DU and all India college rankings.

Ranking 2020 Name of the Institute/University/College

IIT Madras has bagged the first position in the ranking. Despite their poor performance in the international rankings, IITs have emerged as the top institutes in India’s NIRF rankings announced today. The top-ranking institute in India is IIT-Madras followed by IISc Bangalore and at third rank is IIT-Delhi, which reveals the Union Minister of Human Resource Development (HRD) Ramesh Pokhriyal Nishank.

IIT Madras has bagged the first position for Engineering Institutes.

Delhi University has bagged the top three positions in the list. Miranda House, Lady Shri Ram College and Hindu college bagged first, second and third positions respectively. As compared to previous years, the performance of LSR College for Women has improved drastically. In the year 2017, the college was at the seventh position, while in 2018 it slipped to the eighth rank. In 2019, LSR climbed to the fourth position in 2019, and this year it has bagged second place with a score of 72.08 out of 100.

This year, a total of 5,805 applications have come in for participation in the process of the rankings.

The latest rankings over a live broadcast on social media was released by Union HRD minister Ramesh Pokhriyal Nishank. He encourages all the one thousand plus universities and 45,000 plus colleges across India to take part in the National Institutional Ranking Framework Rankings (NIRF). 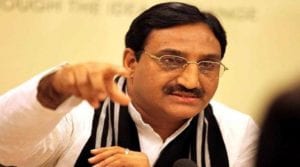 Ramesh Pokhriyal said that the institutes that are ranked on the top also have a responsibility to handhold and mentor fellow institutes. He added that this will give the smaller institutes an opportunity for capacity building.

NIRF is accepted by the MHRD and initiated by the Honorable Minister for Human Resource Development, outlines a methodology to rank institutions across the country.

The framework uses several parameters for its ranking like Teaching, Outreach and Inclusivity (OI) and Perception (PR), Research and Professional Practices (RP) Learning, and Resources (TLR), Graduation Outcomes (GO). Institutions across the country are divided into nine different categories.

There is a proposal to link the funding of institutes across India to their NIRF Rankings. Further, MHRD may also make it mandatory for all partially or totally funded educational institutes to take part in NIRF every year.

Going forward, the top-ranked NIRF institutions may also get additional benefits like starting online courses without the need for any prior permission.

These rankings were launched in September 2015 and till now the list has been published in 2016, 2017, 2018, 2019 and 2020. These rankings are expected to act as a guide to students looking for higher educational institutions in India.

In 2019, IIT Madras had topped the overall rankings list followed by the Indian Institute of Science (Bengaluru) in the second position and IIT Delhi in the third place.

There is a view among Indian academicians that the international rankings like QS World University Rankings and Times Higher Education Rankings may not be able to measure India-specific developments in education. Hence the NIRF was launched as an alternative for Indian students to get a deeper understanding of the best institutes in the country.

Some Useful Articles to Read: