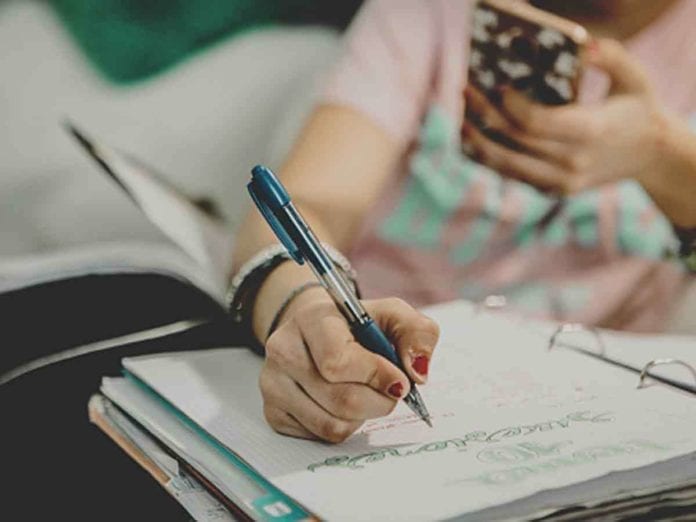 Students appearing for the DU OBE are looking to their recently graduated alumni for assistance following concerns and queries over the online OBE.

Guidelines were issued by Delhi University last week for the online open-book semester examination. The exams for the second-and third-year undergraduate students are set to begin on December 12.

The organization of online sessions is being planned by several colleges with the recent graduates who had appeared in the first-ever DU OBE in August. Staunch opposition has been made from several students and faculty members since the university had said that the decision to conduct OBE was a one-time measure because of the pandemic. Nevertheless, the university is going ahead with the OBE mode of examination. During the exams, several glitches were reported which included students receiving the wrong question paper or the students were unable to submit their answer scripts on time.

A final-year student of economics at Miranda House, Divyanshika Pandey, said that they have asked students to send their queries as a Google form and those will be sent to their graduates. The graduates can circulate the google form in their groups so that any interested student can respond. It is likely that a virtual session is held towards the weekend.

The queries posed by students include time management, doubts about the paper pattern, how to upload answer scripts on the portal, and possible glitches that may arise.

She said that their teachers had also been helping them, but it is always better to hear from former students on how to structure answers and understand how these answers are then graded. What to do in case of an error, how to upload scripts- such logistical queries are also there. They have been interacting with some graduates over the semester, but a last-minute session will help.

Similar attempts are being made at the Hindu College as well as the Lady Shri Ram College. Anju Shrivastava, the principal of Hindu College said that the graduates proposed the idea to the college to help out their departments and encourage those appearing for DU OBE. Shrivastava said that these interactions were being organized by the department societies of the college.

A Zoology teacher of the college, Anupam Varshney Sharma said that they had a meeting with teachers in charge of other departments and the principal as students were facing problems. They thought it would be better if students could connect with recent graduates as the latter would be able to give valuable inputs.

WHY ARE DU PRACTICAL EXAMINATIONS VAGUE THIS YEAR?

The university has issued strict guidelines this time that undergraduate students will only be allowed to submit answer scripts through the examination portal, unlike August, when students were allowed to email answer scripts. DS Rawat Dean (Examinations) said that the varsity’s computer center had addressed the glitches that came up during the last DU OBE.