NEET (National Eligibility Entrance Test) result 2021 will be out soon. As the Supreme Court of India directed National Testing Agency 2021 to declare the NEET UG result. Students across the country sit for the exam for medical admission. This year’s NEET exam was conducted on the 12th of September. In which 16,14,777 students appeared in the exam at the 3682 centers across the country.

Recently, the Bombay High Court had directed the NTA to hold the result. As two of the students, OMR sheets got mixed at a center in Maharashtra. The High Court said to conduct the exam again for those students and then after to release the result. However, the session is already late, and the delay in the result would make things more complicated. Many students across the country are in the anticipation of the NEET result 2021. So, that they further take their career forward.

A bench of three judges L Nageswara Rao, Sanjiv Khanna, and B R Gavai stayed the Bombay High Court order. The court said that we stayed the High Court order. National Testing Agency can now declare the result. Further added that we will decide what to do with those two students after the Diwali vacation. Also said we can not hold the result of 16 lakhs students. In the meanwhile, the court issued the notice and filed a counter.

Two medical students Vaishanavi Bhopali and Abhishek Shivaji OMR sheets got mixed up before the test started at the center. The high court asked NTA to conduct a fresh exam for them. However, Supreme Court will now decide what to do with those students and ordered NTA to release the result. 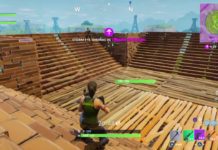