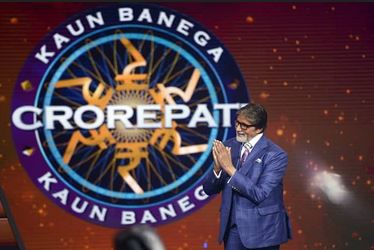 The Olympic Champions Neeraj Chopra and PR Sreejesh appeared on KBC 13. The host of Kaun Banega Crorepati 13, Amitabh Bachchan asked the Olympians if he could touch their medals. Both the Olympian champions appeared on the KBC 13’s “Hotseat”. Neeraj won the gold medal in the Javelin throw at the Tokyo Olympic games, 2020. Whereas, PR Sreejesh won the bronze medal in Hockey at the Tokyo Olympic games 2020.

NEERAJ AND SREEJESH IN KBC 13

Where the host of the show, Amitabh Bachchan interviewed the two athletes and invited them for the gameplay for KBC 13.Amitabh Bachchan has seen star struck after both the Olympians showed their Medals in their respective sports. Neeraj and PR Sreejesh will appear on today’s “Shandar Shukravar” episode premiering tonight. The host was in awe after Neeraj Chopra showed him his gold medal. And after which PR Sreejesh showed him his Bronze medal in Hockey.

In the promotions of the shows, there was a grand introduction given to the two Olympic Champion athletes. And,the slogans of ‘Hindustan Zindabad’ were chanted with the athlete’s impressive introduction.

However, along with the game, the host even interviewed the two athletes. Bachchan asked them to touch their medals and they both immediately handed him the two medals. As they removed their medals he clarified that he won’t wear them. But, he just wants to touch the two champion’s medals and feel the pride of the whole nation.

He held both the medals and jokingly said that the medals are quite heavy. And while talking about the same Bachchan responded with a huge laugh from the audience as all were in an awe state. But, He even said I will not get the opportunity to win an Olympic medal in my life, just touching them is enough for me. The KBC 13 show featuring Neeraj and Sreejesh will be premiered on 17 September on the Sony channel.