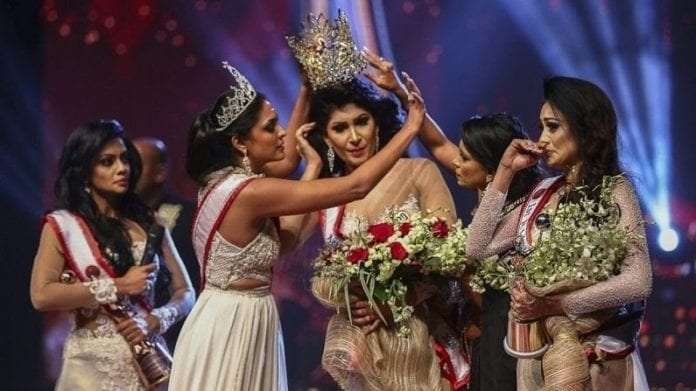 In a beauty pageant in Sri Lanka, the crown was snatched from the head of a winner because she was allegedly divorced. The jury took off the crown from her head on stage and notified her that she had been disqualified. The incident happened with a woman named Pushpika De Silva. She faced this humiliation on stage within moments of receiving the title of Mrs. Sri Lanka 2021.

Last year’s winner Caroline Jurie came on stage and took the mike in hand and announced that the runner-up of the competition was declared the winner. This is because De Silva is divorced. After this, the crown was snatched from the head of D’Silva and it was handed over to the woman who finished second in the competition. During this time, De Silva went down from the stage with tears in his eyes.

The jury told the audience that the rule of the competition is that all of you (contestants) have to be married and not divorced. In this way, the crown has been given to the first runner-up. As per the media reports, the relationship status of De Silva has not been completely clarified.

It seems that she lives separately from her husband, but she has said that she is not divorced. It has been told that D’Silva had to undergo mental troubles after snatching the crown, for which she even got his treatment done.

TAJ HANDED OVER AFTER CONTROVERSY

However now Pushpika de Silva has been handed back her crown, as per the Sri Lankan media. After getting the crown back, D’Silva said that I forgive all those involved in this development. If anyone thinks that they can obstruct me by doing this type of work, then they will not be successful. She said, she is planning to initiate legal action against Caroline Jury, who withdrew the crown from her.