After two years of wait, Mirzapur 2 is finally out. One of the most celebrated web series, Mirzapur is ready with its sequel to take you on a roller coaster ride, filled with action, emotion and drama. Who will be the king of Mirzapur? The question strikes every mind and the writers did exceptionally well to take you to the answer, leaving the viewers jaw dropped.

After the immense success and popularity of the first season, Mirzapur 2 is all set to win your hearts. The show is now available for viewing on Amazon Prime Video and seems to stand up to the hype. It has been two years since we saw Kaleen Bhaiya,  the gigantic villain (Pankaj Tripathi) slaughtering anybody who dares to come in between his path. And in Season 2, he vows to make his son, Munna (Divyendu Sharmaa) capable of carrying forward his estate and ruling the town. However, this would not be a cup of tea, because this time Guddu Bhaiya (Ali Fazal) is hungry for revenge with his associate Golu (Shweta Tripathi). They both vowed to take Mirzapur under their control. Who’s going to survive and win? The path going to be super exciting.

The plot starts exactly where the first season ended. An injured Guddu is trying hard to recover from its injuries physically and mentally, along with his sister Dimpy (  Harshita Gaur) and Golu. But the Dimpy and Golu of Mirzapur 2 are completely different from the previous season. Now, their bangles are replaced by guns, killing people for vengeance.

The world of Mirzapur is bloodier this season, full of lust, greed, and power to rule. The entry of politics and politicians makes the aura even filthier. Here, Kaleen Bhaiya (Pankaj Tripathi), the Supreme authority of Mirzapur learns the techniques of politicians. Subsequently, he gives up his Black outfit and starts wearing white to figure a perfect politician.

A man who never wished the life he lives but is compelled into it after his father was killed in broad daylight, the second season makes it much more brutal.

Unlike the first season, Mirzapur 2 emphasizes the brain along with violence. “Ab Katte ke sath dimag bhi chalega!”  Also, the relationship dynamics are observing a crucial shift. While Golu and Sweety’s father, Parshuram Gupta, was Kaleen Bhaiya’s lapdog in the last season, now he boycotted Tripathi’s’. Munna Bhaiya (Devyendu Sharma) is shown matured now,   and his attempt to prove himself worthy enough for the throne of Mirzapur is in progress. And, there come the silent players Beena (Rasika Dugal) who plans to end the empire along, with the old man who knows to play big moves subtly and secretly.

Some new characters are introduced- son of Rati Shankar who was murdered by Guddu Pandit last season; there are the Tyagis from Siwan, who deal in everything from stolen cars to liquor; and there are the new unions where the CM of Uttar Pradesh is now on the first-name basis with Kaleen Bhaiya. It’s fatiguing to keep with the constant backstabbing, the constant hustle, and backhanded deals that seem to fuel this desire for revenge, the recurring motive of season two.

The other highlighting trait of Mirzapur 2, is the role of women, breaking the high walls of patriarchy to prove themselves. Every female character has its own story of struggle and agony. However, the pain made them even stronger. Also, you can find them supporting the male characters emotionally and physically,  keeping the real control in their hands.

Every character in the story has put its hundred percent effort in terms of acting. From protagonists to the newcomers on this season, they all lived the character. The star of the initial two episodes remains Pankaj Tripathi. He talks more with his eyes and gestures.

Ali Fazal is more alarming this season with his pumped-up body and deadly eyes. He can hardly walk after last season’s events but is like a wounded lion, ready to jump on his prey whenever he gets the opportunity, saying “Ab Dushman hath Laga to bachega nahi”.

Shweta Tripathi and Harshita Gaur leave us fascinated. Divyendu Sharmaa entertains as well as terrifies us like a beast. The role of Robin ( Priyanshu) lightens the shady scenes and amuse.

Sheeba Chaddha and Rajesh Tailang repeat their roles as Vasudha and Ramakant Pandit, they did well in their parental role.

The surprise entry of Chacha, whom Munna asked to take a rest in the previous season, is the cherry on the cake.

However, The direction is loosely bound and the cinematography is at a mediocre level. The story starts slow and gradually catches pace. Sometimes, you may find some scenes unnecessary which increase the time. The story is well written and each character has been defined perfectly with minor details.

The show has 10 long episodes of thirty to forty minutes, but the satisfaction experienced at the climax makes it all count.

Mirzapur 2 is like a firecracker, when burst, generates loud turmoil and luminance all around. The combat, tussle, and bloodthirst combine to form the theme of Mirzapur season 2.  The show is the perfect dose of entertainment, which successfully steals the heart and makes everyone its fan.

WHY YOU SHOULD WATCH MOVIES ON UWATCHFREE? 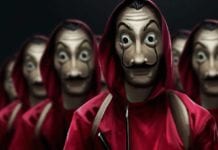 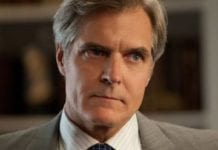 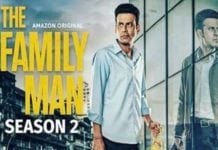 WHEN WILL THE FAMILY MAN SEASON 2 RELEASE? 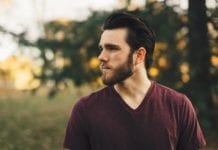