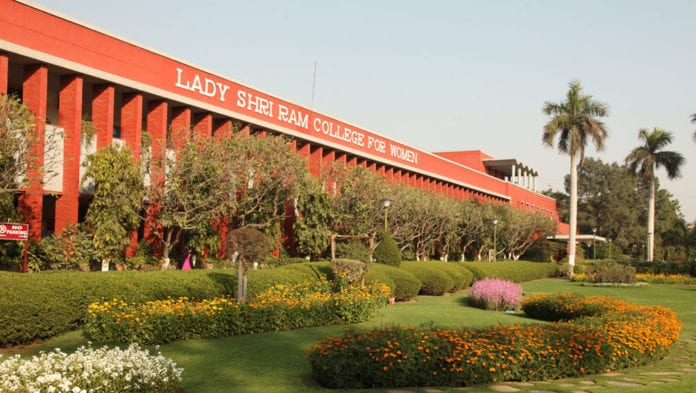 On Monday, the Lady Shri Ram College for Women (LSR) deferred until further notice the order asking students to vacate their hostel rooms. The college said that the college administration is considering keeping aside some rooms in its hostel for second and third-year students on the basis of needs.

A 19-year-old student of the college died by suicide in hometown in Telangana on November 2, she was reportedly, struggling to cope with her online classes. The announcement by the college comes days after the occurrence of this unfortunate incident. The parents of the girl said that she was stressed since the college had asked the hostellers of the second year to vacate their rooms by November 10.

LSR had introduced a policy, in 2019, limiting its hostel to first-year students only. This was done so as to accommodate the students from the economically weaker section (EWS) and other backward classes (OBC) categories.

The college, in a notification issued on its website on Monday, said that the current students of LSR, whose tenure in the hostel is finished in May 2020, and whose belongings were kept safe by the hostel authorities without any charges, the students were asked to collect their belonging by October 31. For the several students who are in genuine need, the last date was extended to November 10 and beyond.

The college said that the shifting of the belongings of students from hostel rooms has been postponed until further orders in view of the rising number of COVID-19 cases and the difficulties expressed by second-year students.

The notification said that the management and administration of the college are looking at how they can help the girls during the pandemic by enhancing accommodation as a short-term arrangement. It added that they are also working on earmarking a few seats for some second and third-year girls to be allotted on the basis of need.

The General Secretary of LSR Students’ Union, Unnimaya P, said that the students have been demanding a complete revocation of the new hostel policy, earmarking two or three rooms will not help all students in need.

The college also said in its notification that there was no way in which the LSR hostel could continue to be a hostel for three years and also implement the OBC reservation. About 60 girls from the OBC category could be accommodated with the hostel envisaged as a first-year hostel only. Due to the paucity of funds, increasing the number of beds in the existing hostel, or building a new hostel is not possible immediately.

The college administration said that implementing the OBC reservations and subsequently the EWS reservations were the only ways to make the hostel less exclusive and more inclusive by providing a cushioning effect to a much larger number of first-year students who needed hostel facilities the most.