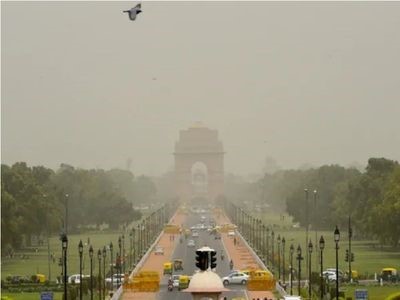 In the past one and a half month, ten low to moderate intensity tremors has trembled Delhi-NCR. According to the top geologists of the country, these occurrences predict that a powerful earthquake may strike India’s national capital in coming future.

The Chief of Wadia Institute of Himalayan Geology, a premier autonomous institute, run under Union ministry of science and technology, Dr. Kalachand Sain stated that the exact time, place or scale of the earthquake in Delhi is unpredictable as yet, but it is to be believed that there is a consistent seismic activity going around in the NCR region and can trigger in a major earthquake in Delhi.

It’s tragic that Delhi comes under high-risk seismic zones and its neighboring cities are vouching for the expansion of high rise private buildings, where plenty of them do not cling to mandatory guidelines of Bureau of Indian Standards (BIS) set for earthquake resistance construction.

In response to the most frequently asked question, Imagine what happens if an earthquake of magnitude 5.5 or 6.0 hits the NCR?, professor Chandan Ghose of IIT- Jammu, a specialist on earthquake engineering said that the twin tremors which shook Delhi on Friday (May 29) were gauged at 4.5, but the consequence would have been severe if it had been a little more intense. The effect of the earthquake in Delhi would be devastating at a measure of 6.0 on the Richter scale and several buildings would be destroyed.

It was further stated by professor Chandan Ghose that the fact that Delhi-NCR falls under seismic zone-4 is no hidden and it is prone to tremors but still the norms of BIS are not followed by most of the builders. Architects and builders have a nexus between them which somehow compromises the stringent earthquake (resistant) code. Thus, if an earthquake in Delhi of higher magnitude strikes on any given day, the consequences of it would be dreadful.

He further added by taking Japan as an example. The entire country religiously follows the construction codes, even after falling under the seismic zone-5. The quality of their construction is so high that they may resist tremors measured at 7.5 or even 8.0 at Richter scale.

All-around ten earthquakes have been recorded in Delhi-NCR by National Centre for Seismology from April 12 to May 29 this year. Four tremors in Uttarakhand and six in Himachal Pradesh were also recorded during this period.

Dr. AK Shukla, former head of Earthquake Risk Evaluation Centre, Indian Metrology department said that most of these earthquakes were of low magnitude measuring from 2.3 to 4.5 on the Richter scale. Regardless, a procession of these earthquakes apparently warns of a major earthquake that may hit Delhi in the coming days. The activation of the local fault system here if one of the reasons for increasing numbers of tremors hitting Delhi. These fault systems in Delhi may lead to the production of en earthquake of magnitude around 6 to 6.5.

Delhi is closer to Himalayan regions where various earthquakes of more than 8 magnitudes have taken place. It’s revealed by a study that there is a chance of a few severe tremors in the Himalayan region which may have a harsh effect on Delhi-NCR.

As stated by Shukla, a Seismic Hazard Microzonation Study of Delhi-NCR was also conducted a few years ago taking the local and Himalayan fault systems into consideration.

He further added that most of the constructed buildings in Delhi-NCR are not earthquake resistant as per the norms and may get damaged severely in case a tremor of high magnitude occurs.

According to the study, it is also revealed that parts of Central and South Delhi are much safer than the areas which are located near the riverbed of Yamuna.

Urgent modifications are being recommended in the existing building code, as per the study. Though the report which underlines the new safety measures to be taken by authorities to secure people’s life and property in case a major earthquake hits, a metro has yet to be implemented by the government, Shukla explained.