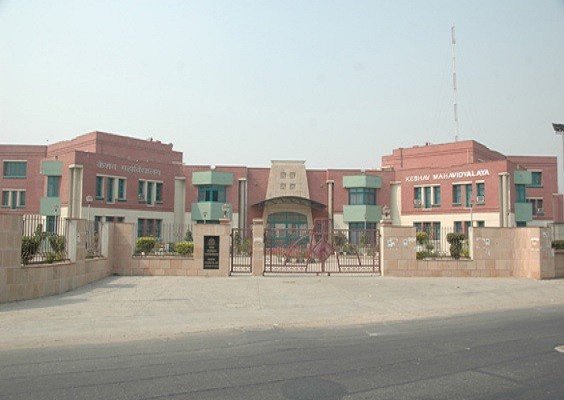 For the micro-markets based around Delhi University, July is the busiest month. But the year 2020 has been dismally lethargic on the campus of Delhi University. The novel coronavirus was chased all the students to their homes along with transforming the economy of the area.

The Popular photocopying shop of Mahavir near the Patel Chest Clinic has now been transformed into a vegetable shop. Nearby, D Kumar Book Stores now couriers notes and books. Rickshaw puller Pappu Janki Das does not need to toil in the summer heat anymore but does not even have any money.

The Sudama Tea Stall and Tom Uncle Ki Maggi are shuttered. Vikas Bansal and Varun Marwah, who ran a paying guest business in Kamla Nagar, are now thinking of ways to sustain themselves.

NO SPACE FOR PROFITS

These paying guest accommodations are called PG in short. Nivedita Sadan, at Jawahar Nagar near Kamla Nagar market, is vacant. It perfectly exemplifies the languor on the campus. The manager of Nivedita Sadan, Param Hans, said that no students are left here. He said that students never returned after the Holi break and others left soon after the break. Many students have left their belongings here but they cannot ask them for rent.

House owners run smaller PGs, but the big operators generally lease a big building and then run the PGs. Circuit House PG has accommodations for over 1,000 boys and girls. Vikas Bansal said that they earn about Rs 2,000 from each student every month but now they do not have an income. Rather, they have the overheads and electricity to pay for.

PG owners have been prohibited from demanding rent from students for the unused months under the Delhi Disaster Management Act.

Corporatized accommodations like Oxfordcaps and Stanza Living are also closed. The PG owners have formed the Delhi Students Housing Association in these dry circumstances. A real estate businessman, Marwah explained that they hope to create a synergy among the operator, student, and owner wings. A loss is being faced by everyone. It was required of us to come together and plan something to sustain ourselves, till at least December.

EITHER PERISH OR TURN OVER A NEW LEAF

Bookstores facing extinction on an education campus. This is difficult to imagine, but the reality is that the booksellers have borne the brunt of the coronavirus outbreak. The University’s closure has hit the shop owners hard who have been already facing competition from e-commerce book deliveries.

Owner of a book-shop in Kamla Nagar, Swaran Singh said that sometimes he sits in his shop from 11 am to 4 pm without selling a single book. He was forced to ask his employees to not return because he cannot pay them salaries.

Because of its publishing wing, Chaukhamaba Orientals which sells Ayurveda and Sanskrit books is still breathing. Siya Ram revealed that they get bulk orders from other states and that was the only reason because of which they were able to function.

Chowringhee Roll shop is a popular Kolkata-style Kathi roll joint in Kamla Nagar, whose owner Jitender Kashyap, JK, sat desultorily at the counter of his shop.

He said that in seven years of his existence, he had never faced anything like this. He said that when academic sessions ended and students left the campus, there was always a new set coming for admissions. Now, he is struggling to pay the rent of his shop.

Metro Fast Food is surviving on online orders since there are no students queuing up. The fancier restaurants on Hudson Lane are also facing problems in keeping afloat.

THERE IS NO ROLLING OF THE WHEELS

The cacophonous cluster of rickshaw pullers outside the Vishwavidyalaya metro station has diminished since the Delhi Metro is not running. The few rickshaw pullers who are left now, say that it is difficult to earn even Rs 10 in a day. E-rickshaw driver Ajit Mandal has survived on the free food which was distributed by the Delhi government.

Many rickshaw pullers have left in the fear of DU not returning to normal this year.

The photocopying business is collapsing because the admissions have moved online and the assignments are submitted electronically. Dhaneshwar Sharma, the owner of Dhanesh Printography, said that now he caters to 50 people in a day against a normal thousand. He said that he was thankful that he owned the shop therefore, did not have to pay the rent. Still, he had to pay Rs 9,000 for electricity.