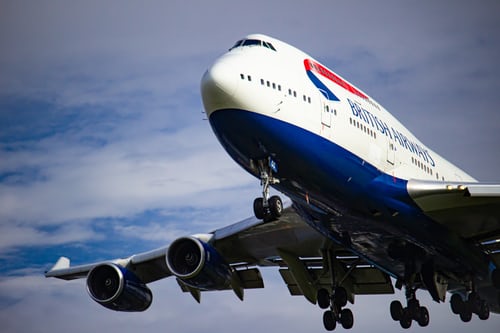 Scheduled commercial flights are expected to resume with the announcement of lockdown 4.0. Airlines and Government of India are holding discussions regarding the same.
Sources have informed that the objection raised by the states regarding the mandatory 14- day quarantine might be the reason for much delay in the resumption of domestic flight services.

Earlier, a draft was issued by the government laying down a detailed SOP for resuming the flight services.
The flight services, whenever resumed, will have to maintain the operation in a limited capacity. Flights are expected to connect only major cities.
To follow the safety norms and all the precautionary measures only those who are perfectly fine and healthy will be allowed to travel.

List of SOPs prepared before resuming flight services:-
⦁ maintaining social distancing by No stamping of Boarding
⦁ Passengers must carry 350 ML hand sanitizer for the journey
⦁ No inflight catering for flights with travel duration less than two hours
⦁ Only Some snacks items to be served
⦁ Only healthy people allowed to travel
⦁ No cabin baggage allowed
⦁ Only web-checkin allowed
⦁ Common areas prohibited for any activities like smoking and prayer rooms
⦁ Aarogya Setu App Mandatory to have on phone
⦁ Protective gear like mask and hand gloves Mandatory to wear
⦁ Passengers need to fill a form declaring their COVID-19 history if they were ever quarantined
⦁ Separate seats at the back for suspected persons
⦁ People above 80 years age will not be allowed to travel

The Airport Authority of India (AAI) has issued guidelines including six-pointers on May 16, 2020 giving indications about the resumption of the flight services.
These guidelines specify all the rules which one needs to abide by while traveling by air.
Aarogya Setu App is also mandatory to have installed on your mobile devices. Wearing a mask and carrying sanitizer has also been made mandatory for the passengers themselves.
Airport authority has also informed about all SOPs and guidelines from their official twitter handle.
Back in March, all the flights including domestic and international ones were suspended to curb the spread of coronavirus. The government is now considering the possibilities of reopening the flight services but that too with certain restrictions.
Air India is already serving in the task of evacuating the stranded Indians in the foreign lands due to their respective reasons, be it studies, jobs, and much more.
This mission is being referred to as India’s Vande Bharat Mission.
Mr. Hardeep Singh Puri, the Civil Aviation Minister, had earlier mentioned that the airline or flight services should only resume once a final decision has been taken and announced by the Government.
“The Ministry of Civil Aviation clarifies that so far no decision has been taken to open domestic or international operations. Airlines are advised to open their bookings only after a decision in this regard has been taken by the Government”, he also added in his tweet.