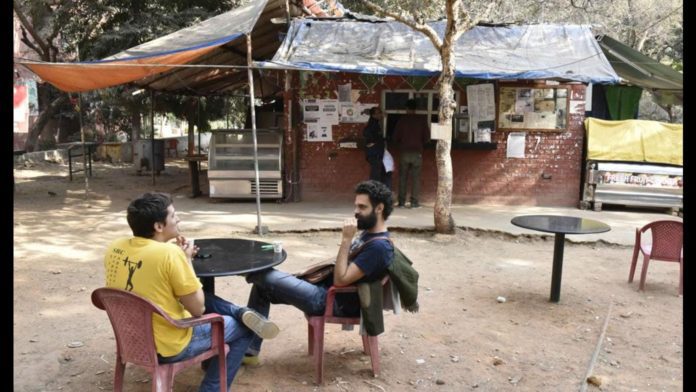 According to the varsity statement, the canteen/dhaba operators who did not take the notifications sincerely have faced the eviction notice. Further, the university had been issuing a notice since 2019. But they didn’t clear their dues. Earlier, in the 17 January 2022 meeting, CDC decided to send an eviction notice.

Clear the dues by 30, says varsity

As per the source, the JNU sent the eviction notice to many canteen and dhaba owners on 22 June. It stated that they have to clear their dues and vacate the campus by 30 June. Most importantly, their dues have run to lakhs. For instance, one of the canteen owners got a notice with a bill of Rs 10 lakh including rent and electricity bill.

What did JNU canteen operators say?

Several canteen operators got into panic and fear of losing their livelihood when the notice was served to them. A canteen owner who served notice with a due of Rs 10 lakh bill. He said, “I belong to an unprivileged background. My brother and I are the earning persons of the family, so our livelihood depends on this canteen.” He added, “How would I pay the huge amount of Rs 10 lakh? At least they should serve a notice demanding monthly or annual pay.”

Further, he doubts the varsity that no guarantee that thet will let us use the space on campus after paying the dues. However, University Rector Ajay Dubey said the canteen owners who will pay their dues don’t have to leave the varsity premises.