The National Testing Agency has received thousands of requests from students across the nation regarding the entrance exam JEE MAINS for engineering aspirants and NEET for medical aspirants. Students are requesting the agency and the HRD ministry to postpone these exams for the time being.

It is noteworthy that HRD Minister Ramesh Pokhriyal’s every tweet was responded by thousands of students who are preparing and aspiring to give JEE (Main) and NEET-UG. They have been demanding a delay in conducting these exams which hold immense importance.

JEE (Main)is scheduled for July 18-23 and NEET-UG has been scheduled to be held on July 26.
The HRD Minister said that these exams are likely to be postponed further but the new dates can be announced only after the prevailing conditions are reviewed.
It has been reported by the sources that if the intuitions which function as an exam center for these exams are forced to shut even for the month of July and then further for even first half of the August due to increase in the no. of cases and infection spread, then it will not be possible to conduct these exams.

HRD officials have informed that schools and colleges serve as centers for these JEE and NEET exams and hence there will be a requirement of invigilators to conduct the exams. And if these institutions are kept shut then the exams will have to be rescheduled.

An aspirant, krati, tweeted saying that the situation is too depressing to appear for the exam. She mentioned that students are already struck in anxiety and giving exams in such conditions will not be right and beneficial.

New Update: CBSE 10th EXAMS NOT TO BE HELD,12TH EXAM MADE OPTIONAL: CBSE TO SUPREME COURT 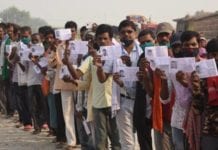 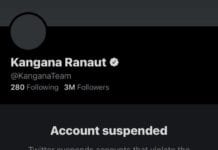