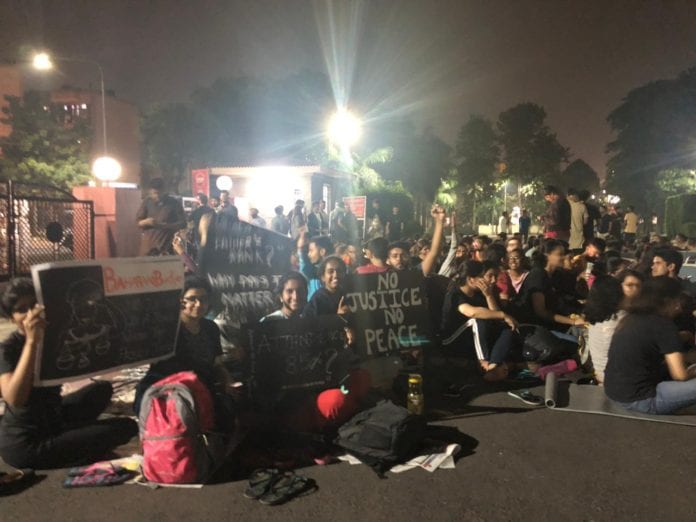 According to the statement provided by the cops, 24-year-old Jamia Student Leader, Asif Iqbal Tanha was instrumental in orchestrating in anti- CAA (Citizen Amendment Act) protests and unrests near the area of Jamia Millia Islamia on December 15th.

Asif Iqbal Tanha was presented before the metropolitan magistrate and he ordered Jamia student leader to be remanded in judicial custody till 31st May 2020.

The Jamia Student Leader, arrested on Sunday, by Delhi Police Crime Branch on Sunday. He had connected with December 15 violence happened in Delhi because of the protest prevailing against the Citizenship Amendment Act.

The reason behind his arrest warrant, he was instrumental in orchestrating the unrest over anti- CAA revolts that occurred in mid-December. The authorities mandated him to remain in judicial custody till the end of the month.

Police told that Asif was a prominent December Jamia Coordination Committee (JCC) which was majorly responsible for the protests against CAA, in the locality of JMI.

“He has been arrested in relation to a case which was reported at Jamia police station on December 15, 2019, in alliance with riots in the Jamia area in which he was named an accused,” a chief police officer said.

Asif Iqbal Tanha who is pursuing an undergraduate course in the Persian Language is an active participant in Students Islamic Organization. He also headed anti-CAA protests that converted into a riot.

Delhi Police reported a case on 1Delhieller of Shaheen Bagh, was found accused in the case.

Delhi Police revealed that Asif played and enthusiastic role in directing the riots that happened on 15 December. Police Inspector said  He is a near fellow of Umar Khalid, Sharjil Imam, Meeran Haider, and Shafoora who had been the significant elements of anti CAA protests and following upheavals in Delhi.

Safoora Zagar, a student of Jamia Millia Islamia was arrested by the police, last month, in the allegation of his participation in Delhi violence. The students of JMI, who were put behind the bars, are under charge under the Unlawful Activities Prevention Act ( UAPA) by Delhi Cops.

10 people were arrested who were alleged for participating in Jamia unrests, but nobody was recognized as students.

The students of Jamia Millia Islamia came together on social media, twitter,  and started a movement #ReleaseAsifTanha. The students claimed that the center is forcefully targeting innocent students.

On December 15, the Delhi Police arrived at the Jamia Millia Islamia University campus and allegedly attacked several students after a mob of the anonymous tribe set a few public buses on fire.

While police contended they entered the university campus to identify the instigators, several ground allegations and observers indicate that there was a vicious crackdown by Delhi Cops on the Jamia campus.

Many pupils from the institute have immediately held policemen responsible for forcibly entering the campus and beating students, students who were just studying in the library area, and were participating in the anti-CAA agitations held outside.