As the tension between India and China is rising, Chinese companies based in India are planning to attack the Indian economy. As per the report of Cuber Intelligence firm Cyfirma, Chinese hackers are formulating plans to target Indian Media, telecommunication, and pharmaceutical firms.

Founder of Cyfirma, Kumar Ritesh said that in the last few days their cyber intelligence firm has seen the increasing conversation between the hacker’s community. The communication encompasses serious talks about India and China’s border disputes and the prevailing situation.

As per the reports, the conversation between the cybercriminals included Media firms, Indian companies, pharmaceuticals, government, and private websites, smartphones, and automobiles.

The two hacking companies involved in the act are known to have close relations with the People’s Liberation Army.  As per the reports, Gothic Panda and Stone Panda have been suspected of the offense.

The officer from Cyber Intelligence firm further explained that as per their research this cyber-criminals are peeking at the destruction of the websites by using the shortcomings of the websites and by transmitting data from the host systems to the hackers.  The cybercriminals are using different malware, trojan horses, denial of service attacks, hacking companies’ websites, and publishing unauthorized content through hacking.

The official further asserted that they have gained information about the strategies being formulated by these hackers to hack to media firms. The cyber intelligence cell has traced the information targeting Indian media houses including NDTV, Times of India, Aajtak, Republic TV, Dainik Jagran, and Hindustan Times.

The Indian companies that are being targeted are MRF tires, Airtel, Micromax, Jio, sun pharmaceuticals, Apollo tires, BSNL, LGT, and Intex. The list of government websites includes the Ministry of Defence, Ministry of information and Broadcasting, Ministry of Foreign Affairs.

BOYCOTT CHINA MOVEMENT ON PEAK : LIST OF ALTERNATIVES FOR APPS AND EVERYTHING HERE!

All the evidence stands as a crucial yet harmful aspect in light of the ongoing border tensions.  On one side when China is attacking Indian soldiers at the border, it is simultaneously building the hackers community to fight against Indian.

Around 20 soldiers lost their lives in combat at the India China border. The conflict has been aroused by China in the disputed region of India and China. Prime Minister Narendra Modi on Wednesday said that India is capable of combatting against China though the country wants to settle in peace. PM has also called for an all-party meeting today to discuss the ongoing situation between India and China.

As per the reports, China is said to have around 314000 people in its hacking communities.  These communities dominate and operate as per the political agendas to attack China’s enemy countries. Chinese External Affairs Ministry and the People’s Liberation Army are funding around 93% of such hacking committees.

A writer by mind, a poet by heart, and a soul full of thoughts who prefers smiling to overcome daily challenges. She likes to be appreciated for the good work and to be rectified for the mistakes. 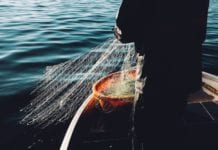 KUWAIT MIGHT ORDER INDIAN IMMIGRANTS TO LEAVE THE NATION

Rajesh Pokhriyal Nishank in His Interview Answers Some Queries Regarding Schools...