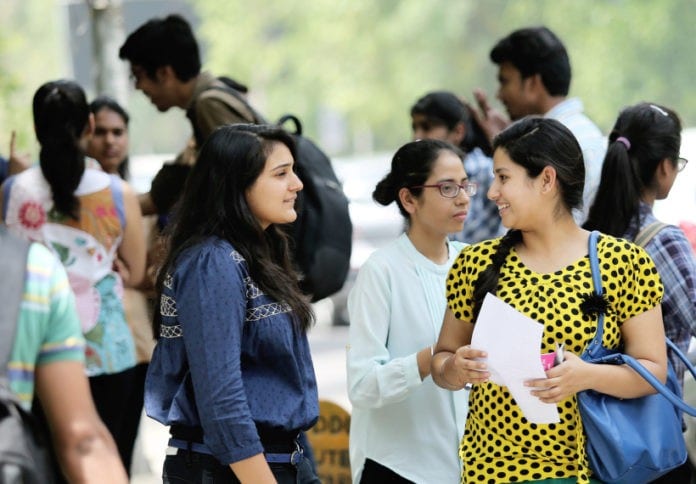 In the BA (Honours) Economics batch admitted to Hansraj College last year, one can find students from almost every state. Four students each from Andhra Pradesh and Jharkhand, three each from Telangana and Assam, two each from Odisha, West Bengal, Kerala and Maharashtra. Sikkim, Mizoram, Jammu and Kashmir, Gujarat and Tamil Nadu have one each. Between the 155 students in the batch, 21 Indian states find representation.

This is what today’s classroom looks like in a popular course at a prominent Delhi University college. And the diversity in classrooms is common to most top colleges at the university, where the admission process is underway and cut-offs are expected soon. While principals of these colleges speak of a consistent increase in the number of students from outside the national capital, a noticeable pattern over the last five years, they say, is an increase in the number of students from South Indian states.

Dr P Hemalatha Reddy, principal, Sri Venkateswara College, said that apart from neighbouring states, the most significant representation in the college is from South Indian states — something she attributes to the popularity of combination courses, seen as ideal for those preparing for competitive examinations. Of the college’s approximately 3,700-student strength in the 2018-2019 session, close to 60 were from Andhra Pradesh, over 40 from Telangana, and close to 30 from Kerala.

“The colleges at DU are degree colleges, while earlier in the South, interest in heading out to study has been overwhelmingly in medicine and engineering. But we are witnessing an opening up to a variety of fields, particularly with the subject combinations made available through the Choice Based Credit System (CBCS) and the BA programme, seen as a gateway to competitive exams. This college has particularly been publicised in the region as our management also hails from there. But in cases of other colleges as well, Delhi is seen as an ideal place to come to because of coaching institutes present here, and because other roads to the civil services, like admission in JNU, are smoother here,” she said.

At Shri Ram College of Commerce, which arguably sees the stiffest competition in the admission process among DU colleges, the management said that of the 792 students in the college in the 2018-2019 session, 80 were from Tamil Nadu, 25 from Telangana, 20 from Kerala, nine from Andhra Pradesh and seven from Karnataka.

The college administration in part attributes a large number of students from Tamil Nadu to favourable conditions in the state board.