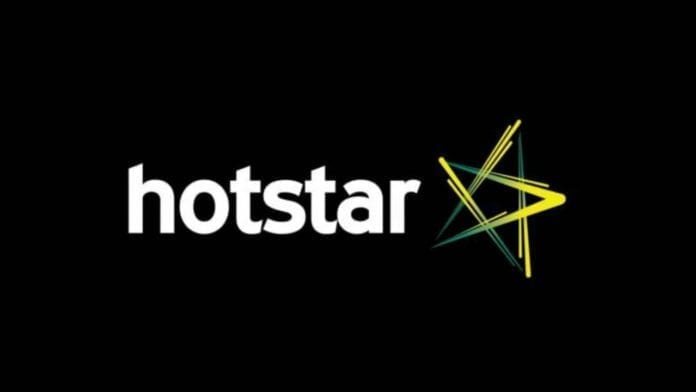 Owned by Disney+, Hotstar is one of the best places for Indian video-on-demand and streaming services. But it isn’t available outside of India, which can cause problems for people who have a Hotstar account but who are traveling abroad. The simplest way to watch Hotstar outside of India is to use a VPN for Hotstar. We’ll walk you through the process.

A leading Indian streaming service, Hotstar features TV, movies, sports, and a myriad of channels in multiple languages. It can be downloaded as an app to view videos on smartphones, tablets, and other devices. It can be casted to televisions and it can be viewed through an online browser. But it can’t be viewed if you’re in another country altogether. Hotstar is only available in India. There are other services for other countries, such as the Disney+ service.

Because there are important reasons why a customer might need to look at Hotstar outside of India, there are also workarounds for viewing Hotstar.

Where Can You View Hotstar?

Hotstar is currently available in India, Canada, the US, and the UK. However, it’s important to note that most of its free streaming content is only available for its Indian customers. So Indian customers who are in another country in the UK, for instance, may not have access to stream everything on Hotstar if they have not paid.

How Does Hotstar Block People Outside of India?

When an individual connects to a website, certain identifying information is sent on their behalf. This information can include IP addresses, MAC addresses, and even where the person lives. Commonly, geographic data is used to analyze traffic. A website can see that they are getting a lot of Canadian traffic and can tailor their content to Canada.

Using a VPN for Hotstar

India VPNs such as Surfshark make it possible for an individual to appear as though they are in India even if they aren’t. VPNs provide a tunnel through which internet is accessed. The user connects to the VPN and the VPN connects to the site, rather than the user connecting directly to the site. Because of this, the VPN is able to provide any information that it wants. Put simply, though the user might not be in India, the VPN can be in India, and that looks the exact same to Hotstar.

Using a VPN is as easy as downloading and running the VPN. The VPN then starts to manage your internet connections for you seamlessly, so you don’t need to do anything else. Once you’ve installed a VPN and turned it on, you can go to the Hotstar site. Make sure that you’ve set the VPN to be from India, so the site believes that you are from India. From there, you’re able to use the Hotstar site just as you did before.

VPNs can be installed on computers as well as other devices such as smartphones, so they can be used to enable Hotstar on multiple platforms.

Hotstar itself will still work the same whether you’re using a VPN or not, so you don’t need to worry about using Hotstar. VPNs shouldn’t add any slowness to your speeds, either; you can stream even high-resolution video through a VPN. Finally, VPNs have the additional value of being able to protect your privacy and security while you browse.

Using a VPN for Other Sites

Hotstar isn’t the only streaming site that you might need a VPN for.

Netflix, for instance, is available in virtually every country. But there are movies and shows that can be available in Canada but nowhere else, or in Russia but nowhere else. The way to view these specific movies is to get a VPN. This is usually due to licensing issues, where the show or movie might only be licensed for a specific place. If you’re paying for a Netflix, Hulu, Amazon, or other type of subscription, you may want to be able to view everything in the library. But you might not be able to because of the above restrictions.

And that isn’t just streaming sites, either. There may be other sites that are banned in your country, such as social media sites. If you use a VPN, you won’t be banned from those sites anymore.

Finding a VPN for Hotstar

How do you know whether you’ve found the right VPN? There are many VPNs out there, such as NordVPN, ExpressVPN, Surfshark, and CyberGhost. These VPNs are very popular and somewhat comparable, but there are ways that you can compare them to determine which one would work best for you. Your major metrics should be:

Of course, Hotstar is aware that individuals might use a VPN to subvert their blocking and blacklisting. So Hotstar, like many other streaming services, will block IPs. But this is the only way that they can block a VPN; by figuring out what it connects as and by blocking those accounts. Because of this, new servers are not blocked. If you use a VPN service, you may need to try multiple services before you find one that Hotstar has not blocked. But new servers go up all the time, so this usually isn’t a major issue.

Another thing to keep in mind is that you need to sign up for a Hotstar account with the right location, mailing information, and financial information. Using a VPN to view Hotstar generally works better for individuals who were once in India and later moved, as their financial and mailing information will have already met the right standards for using the site.

Hotstar is one of the best sources of content and entertainment throughout the world. But it can be difficult to access content and entertainment today, especially with many blacklists and supported regions. If you use a VPN, you should be able to watch Hotstar outside of India, and potentially even completely free. While you may encounter certain glitches (such as a single VPN being identified), going through multiple VPNs can help. Once you have a VPN setup, you’ll also be able to enjoy additional privacy and security in your day-to-day life.