DU’s Hindu College lost one of its professors to coronavirus on Tuesday, its principal Dr. Anju Srivastava informed. Dr. CL Jonwal (43), was a zoology professor, who succumbed to the virus in the early hours on Tuesday at AIIMS. He was promoted to the post of associate professor on March 30 and. He left behind his wife and a daughter, aged 12, and a son, aged 5.

His wife is an ad-hoc teacher of mathematics in the varsity. Jonwal was a key member of the COVID-19 task force in college and had arranged hospital beds and oxygen for many of his colleagues.

Dr. Anju Srivastava said that I am not able to deal with it. He enlisted in the college in 2006 and was very bright and enthusiastic about his work. We were able to organize a bed for him in AIIMS but we lost him. He was initially admitted to a hospital in Alwar.

Mr. Jonwal was tainted with coronavirus around April 29 and left Delhi in the first week of May, she said. Initially, he was in home isolation. When his oxygen levels declined, he arranged for the gas at home but had to be hospitalized in Alwar on May 10. He underwent treatment there but his condition deteriorated.

The college principal said around 35 teachers of the college, including her, have been infected by the virus till now. “There were one or two serious cases but they have also recovered,” she said.

According to Dr. Anupam Varshney, HOD of the Zoology Department of the college, he was sent to AIIMS and was found to be suffering from serious Covid pneumonia.

Ms. Srivastava and Dr. Varshney said they both received long to thank you messages from Mr. Jonwal 10 days ago for checking up on him and personally monitoring his condition. The department also held an online condolence meeting for him.

Mr. Jonwal had posted on Facebook about how the varsity should set up a Covid care center for its employees. At least 40 staffers of the varsity have succumbed to the virus till now. 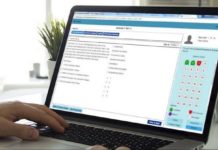 IS STUDYING AT DELHI UNIVERSITY COSTLY? 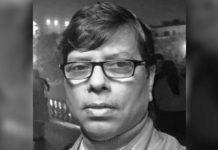 DU STUDENTS PROTESTED AGAINST PROFESSOR FOR HIS ‘MARKS JIHAD’ REMARK

DU THIRD CUT-OFF LIST TO RELEASE TODAY | THE PERCENTAGE MAY...