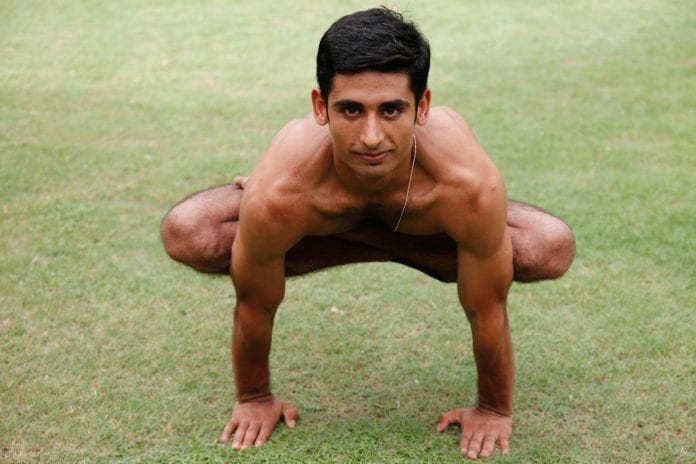 Once again Delhi University has set a milestone. Varun Arya, Hansraj College alumnus, teaches ancient yogic postures and exercises to students and teachers of the college. He has entered Limca Book of Records by performing 535 Surya Namaskars in one hour without a break.

He next aim is Guinness Book of Worlds Record for which he would perform 10,000 Surya Namaskar Yoga Asans in 100 hundred hours in coming month of November.

He has been practicing since 11 months to get into the book of records. Now he is the only man in world re set this record. “I used to practice 100 sets daily and then increased it gradually without a miss. I also worked hard in my diet and used to drink an Ayurveda tea made of 28 herbs by my brother,who is a doctor. The tea helped me in increasing my stemina to practice. “said Mr Arya.