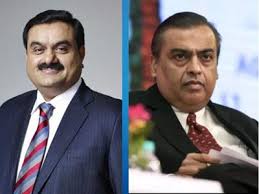 At the beginning of the year 2021, China’s Zong Shanshan was the sixth-richest person and wealthiest in his country. Adani has increased his net worth massively this year. According to the Bloomberg Billionaires Index, Adani has had a rise of $32.7 billion amounting up to a net worth of $66.5 billion in contrast to Shanshan’s at $63.6 billion. However, Mukesh Ambani’s total wealth has declined by $175.5 million. Despite that, he is still Asia’s richest person with a net worth of $76.5 billion.

Also, Gautam Adani has recently announced the acquisition of SoftBank Group Corp’s renewable power business in the country for a deal valued at $3.5 billion. Consequently, it will become the world’s largest solar company.

Adani Green Energy Ltd, the renewable energy unit of the Adani Group, said that it has signed share purchase agreements to buy 100 percent of SB Energy India from SoftBank and Bharti Group.

This is going to be India’s largest acquisition in the renewable energy sector.

According to Bloomberg’s millionaires index, the following are the three richest people in the world: