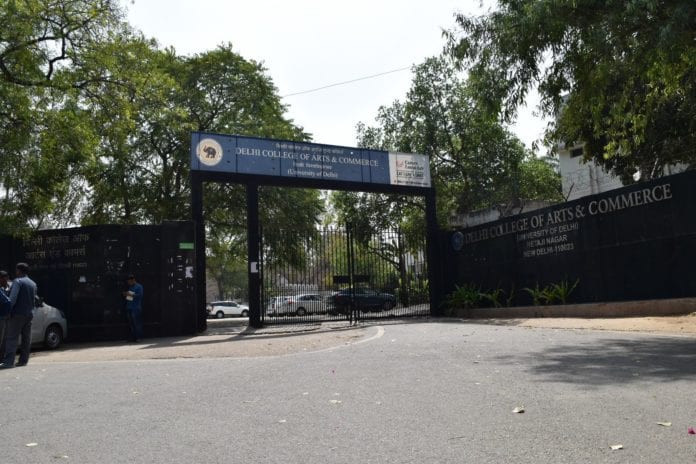 Delhi University has not yet recuperated from the removal of the Vice-Chancellor of the University and another case has come up. This case is of the reputed Delhi College of Arts and Commerce (DCAC) of Delhi University. According to sources, the future of nearly 75 students is at stake now because of the mistakes of the college and the university. These are those students who had scored high marks in their top four and have reached DCAC to study.

Actually, the courses in which these students have taken admission, cannot be taught in DCAC as of now. DCAC has, without the approval of UGC, taken admission of students in three curriculums. When this matter reached UGC, it made clear that it never approved those courses. Therefore, they are not obliged to support it.

If informants are to be believed, then these students cannot study in DCAC. This year, Delhi College of Arts and Commerce had announced the induction of three new courses. These courses were- BSc (Hons) Computer Science, BA (Hons) Hindi, and BSc (Hons) Mathematics. Not only were the announcements made, but the admissions were also taken. There are 23 students admitted in BSc (Hons) Computer Science, 32 students in BA (Hons) Hindi, and BSc (Hons) Mathematics. This step was against the rules because it was not approved by the UGC. Another shocking aspect is that earlier also, the UGC has declined the request of DCAC to begin other courses.

Registrar, Dr. Vikas Gupta, when asked about the matter, showed ignorance. Dean (Colleges) DU, Balaram Paniji, said that this a great mistake committed by the college. They are in conversation with the principal of the college. A letter is being issued against her. It is a very serious matter to take admissions into a course without the approval of UGC.