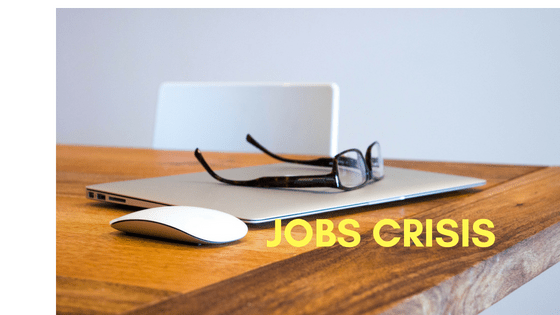 As reported by The Hindu, dissatisfaction is seen amongst undergraduate students of Delhi University because of lack of job options after completion of graduation! Obtaining a seat in Delhi University is a tedious task after all!

Over two lakh applications are submitted for admission in different undergraduate programs at Delhi University and DU offers only limited seats of around of 55,000 and very few get their course and college of choice.

Even after going through these soaring cut-offs and three-year course, students do not get which they fancy. Exceptions are there for students who snaffle gainful jobs, but the percentage of such students is very low. Rest of the graduates have to go for higher studies forcibly to secure a better job.

Although, Delhi University has established a centralized Campus Placement Cell (CPC), from where students from different colleges can seek help. Many colleges have their own individual placement cells. Even after all this, the rate of placement of Delhi University undergraduate students is very low.

According to Stuti Bhatia, former Economics (Hons) student, who works in an online job search portal, “It is a sorry state of affairs because after studying at one of the best universities in the country students are unable to find attractive employment opportunities. Some colleges get good placement offers but the numbers are very small.”

Although many campus recruiters visit the college campuses, only a few receive job offers.

Lady Shri Ram College for Women’s placement cell states that it had a huge number of recruiters this year and a total of 128 offers were made by the companies who visited the campus.

According to her most students placed were from Arts stream. She also adds that the number of students hired by various companies have significantly increased.

Talking about Hindu College, around 30 recruiting companies made 90 offers, of which 70 were accepted. “The gross placement package this year was over 500 crore, with an average package of ₹5.9 lakh in areas such as management consulting, risk advisory, financial analysts, financial research, data analysts, tax and accounting advisory, investment banking and HR advisory,” said Shreyas Mehra, vice-president of the placement cell.

And if we talk about Shri Ram College Of Commerce, its placement report of 2018 states that it reached towering highs, transcending the expectations of the concerned industry with more than 60 companies visiting the campus and making around 300 offers. According to a statement made by the college, “The highest package this placement season has been ₹31 lakh per annum offered by the consultancy giant Parthenon – EY and the average package was ₹6 lakh per annum. The companies rolled out offers crossing a gross worth of more than ₹15 crore.”

About the placement cell of Sri Venkateswara College, it got 146 offers including Department of Science, Arts and Commerce.

“The recruitment for a lot of companies is still in process. However, till now, the average salary package stands at ₹4.15 lakh. The highest package was ₹10 lakh per annum, offered by OneDirect,” said Anshul Garg from the placement cell.

He also added that A total of 88 companies offered placement opportunities and 560 made internship offers.

If we ignore the poor statistics of undergraduate students getting placed from DU, some other students also claim that they chose Delhi University not for securing a job but for seeking blue-ribbon education. “Our college does not offer placements, but the quality of education is extremely good. As a student, I do not think any of us would face any problem if we seek a job after college,” said Arpana Kapathia, a third-year Political Science student from Miranda House.

Another DU graduate, Madhurima Kundu said about increasing unemployment in India that, “The youth of this country is already facing job scarcity. In such situation, if the top universities do not provide job then where will the students land?”

Also, the inability of Campus Placement Cell in helping them out to secure a good paying job leads to non-participation and quitting by many students.

“Students don’t take placements because the starting package is not good and there are few opportunities for those from non-commerce backgrounds,” said Priyanshu Pandey, a final-year student from Sri Venkateswara College.

Also, many students from Commerce background fail to secure a job, the reason being no possession of practical skill sets. These days, companies prefer candidates with additive practical skills which lack in students who merely have a B.Com. degree!

TOP 10 MOST HAPPENING COLLEGES OF DELHI-NCR