The University was established in 1922, with three colleges St Stephens College, Hindu College, Ramjas College. Then, there were 750 students in two streams science and arts. From that small start, the institute had come a long way. Now, there are 77 colleges, 86 departments, and 16 faculties. Presently University holds around 4 lakhs students in regular and non-regular mode. The University consists of North Campus, South Campus, and off-campus colleges. However, DU is working on setting up East Campus and West Campus. Delhi University has contributed a lot to the national education standard and still had to do more. The institute managed to be the topmost choice by students for higher studies by maintaining its standards and working on a holistic development approach. Afterward, DU had some facts more than it, that anyone could imagine. 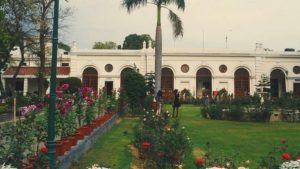 8 VALID REASONS | WHY DELHI UNIVERSITY IS PREFERRED OVER OTHER UNIVERSITIES?

Apart from this, the college is the oldest women’s college in Delhi established in 1924. The current location of the institute is Civil Lines, Delhi near the North Campus of the University. The next fact is that college has contributed somewhere in the fight for the Independence of the country and had a place in history. During hard times of struggles, IP college had helped many freedom fighters. The IP college girls had participated in national movements, by setting examples for others. Then, during the black time of partition and those massacres. Many people stayed there, IP girls served food to them and helped people to safely cross the area.

The Shri Ram College of Commerce(SRCC) is well known now across the country. The name SRCC became a brand for the best in the field of commerce. Earlier the college was known as the Commercial College. In 1951 on silver jubilee the college changed its name to Shri Ram College of Commerce, inspired by the founder Shri Ram. Then after college decided to work in the field of commerce and economics. Taking further facts about Delhi University and its different colleges. The SRCC has one more fact that it shifted to its current location in 1954. 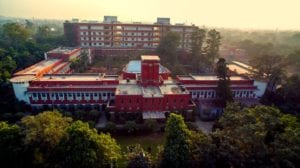 Ramjas college was one of the three colleges when Delhi University established in 1922. The college had proud of one of its facts. The “Father of Nation Mahatma Gandhi” inaugurated the college in 1917. Then after college is also known for having an active involvement in the Independence movements. Moreover, once during the British Raj, Chandra Shekhar Azad hid in the college hostel while escaping the government.

Apart from all these the college marked its 100th year in 2017. Since the establishment of the college, they worked the imparting good quality of education. Before Ramjas College, there were two other colleges named St Stephens and Hindu, which the hub of elite class students then. So, Ramjas College was established with the motto of serving education to all.  Afterward, once American leader Martin Luther King Jr had also visited the college. He visited in the year 1959 and gave a memorable lecture to students. Some more facts are that former Prime Minister Atal Bihari Vajpayee used to live on the campus hostel. During the tenure of Atal Bihari Vajpayee, Ramjas Club was a famous term in Delhi. 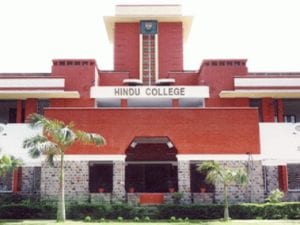 The Hindu College is one of the oldest colleges for science and arts, established in 1899. Taking the talk further, facts about Delhi University colleges. Hindu College is some of the many interesting facts.

The “Damdami Mata” is one of the most sensitive terms of the college. Every year the college hostel students uniquely celebrate Valentine’s Day. On the day Damdami Mata is a term used for most desirable women/actress of the year chosen between students by votes. Students decorate a tree named ‘Virgin Tree’ with posters of that actress/woman and condoms. Then students worship the tree. However, in the last few years, a male actor is also chosen. This ritual is being practiced for the last 70 years. But, there has always been a section of students especially girls criticizing all these practices by protests and other means. Because this ritual somewhere objectifies females and promotes heterosexuality.

After another fact of the college is that they have their own “Parliament” of their students. There is a full-fledged parliament system in the college like we have in our country, The is one P.M the head of a cabinet, and other Ministers. The P.M of the college parliament also has its own office/chamber. The college also holds debates on issues like we do have in the nation`s parliament between the ruling and opposition party. And yes the college has the big name of their fest ‘Mecca’ among other colleges in DU. 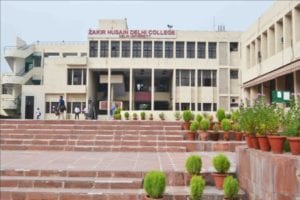 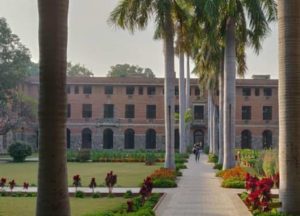 Miranda House is a girl’s college and located at the North Campus of Delhi University. The college established in 1948 and the founding stone was laid by Lord Mountbatten. One of the facts about the college is that it used to be the residence place before being college, as its name also suggests. Then the college evolved as one of the leading institutes for girls and in the last five years, the college holds rank one in the country.

SOME MORE FACTS ABOUT DELHI UNIVERSITY

The North campus ridge, located just near the cluster of colleges. The place is full of greenery. Students often go there to hangouts with their friends. But the place holds some amazing facts from history. It is the place from where the revolt of 1857 originated. Besides this, the lake at the ridge is named ‘Khooni Jheel’. Because in the revolt the lake water became red for few days due to the bloodshed. Moreover, the ridge also has Ashoka Pilaar which was moved from Meerut to Delhi by Firoz Shah Tughlaq in 1356. 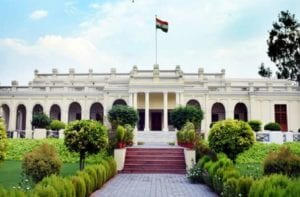 Personalities like Mahatma Gandhi, Jawaharlal Nehru have blessed the place from their continuous presence. Lord Mountbatten had proposed his wife Edwina for the marriage at this place only.  Moreover, once Bhagat Singh was held captive for a day in the building. 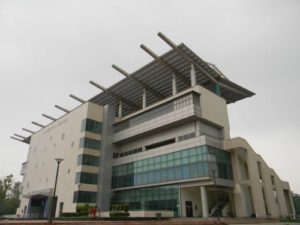 The Cluster Innovation center of DU, located at the North Campus of DU. The centre established in 2011. The center offers B.tech courses. The interesting fact about the center is that students can be a part of different colleges each semester.