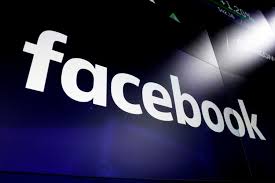 Facebook is one of the most prominent social networking sites across the world and has a huge number of users. It was founded by Mark Zuckerberg in the year 2004 and at that time onwards it has been operated by a number of users.

Facebook is one of those websites which is easy to operate and is still the most popular site among the 40 to 60 age group.

Although it connects people with each other and gets them aware of all the kinds of news with which people are surrounded by these days. Still, there are a lot more negative and hatred speeches spread on social media.

Launch of an oversight board:

In order to decide which content should this platform come up with, the company has been making an oversight board that will go through some strong contents and they will also be allowed to recommend some policy changes.

So, Facebook on Wednesday introduced the first 20 members of the oversight board which will pay attention to some tough topics. These 20 members include the National Law School of India University’s Vice-Chancellor Sudhir Krishnaswamy, ex-Danish PM Helle Thorning-Schmidt, Nobel Price Laureate Tawakkol Karman and Pakistani digital rights Advocate Nighat Dad.

SUDHIR KRISHNASWAMY: He is the Vice-Chancellor of the National Law School of India University. He is also an expert on India’s constitutional law and a civil society activist.

HELLE THORNING-SCHMIDT: She was the first woman Prime Minister of Denmark and The Social Democrat who led a coalition government from 2011-2015. She has also served as the Chief Executive Officer of Humanitarian Charity.

TAWAKKOL KARMAN: She is the first Arab woman to win a Nobel prize in 2011 for her non-violent push for change during the Arab Spring. She is also a Human Rights Activist and Journalist.

NIGHAT DAD: He is a Pakistani Lawyer and Internet Activist who runs a non-profit organization named Digital Rights Foundation. It is an organization that focuses on cyber harassment, data protection, and free speech online in Pakistan and South Asia.

There are many more members who will now overrule Zuckerberg. The other members are:

• Catalina Botero-Marino who was the special Rapporteur Freedom of Expression of the Inter-American Commission on Human Rights of the Organization of American States.

• Michael Mcconnell who is now a Constitutional Law Professor at Stanford Law, was the US Federal Circuit Judge.

• A former director-general of Israeli Ministry of Justice Emi Palmor.

• A Former Judge at the European Court of Human Rights Andras Sajo.

• A Vice President at the Cato Institute John Samples.

• An Associate Law Professor at the Queensland University of Technology Nicholas Suzor.

So these were the 20 members who are selected as the members of the oversight board.

Sudhir Krishnaswamy, ex-PM of Denmark among members of Facebook’s Oversight Board, can override Mark Zuckerberg