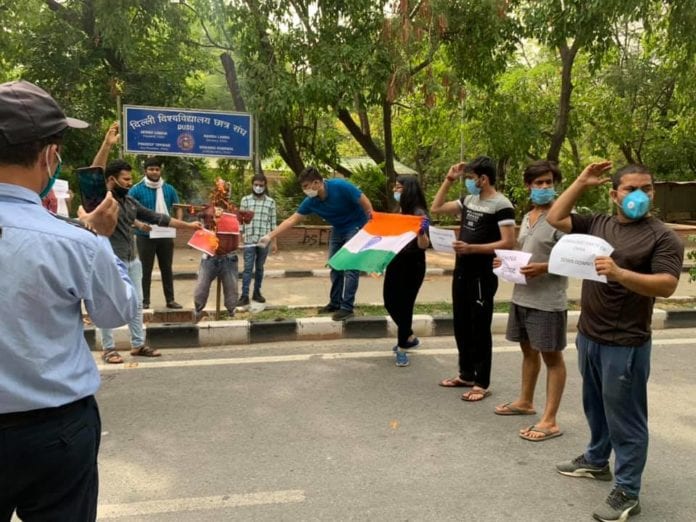 In the view of the latest violence by China at the LAC by its PLA, the student body protested China’s actions. They burnt flags and effigies of China.

DUSU President Akshit Dahiya took to social media to share news about the protest staged by them.

There were high levels of tension at different locations all along the disputed India-China border. The Chinese soldiers had moved into the Indian territory through the Line of Actual Control (LAC).

There were Chinese troops present at several key points which included the post of KM120 as well as the Galwan Valley. This face-off has sparked a minimum of three clashes since the beginning of May. The latest face-off was on June 15 which rendered 20 soldiers on the Indian side dead.

India has said that China took an action that was pre-meditated and planned. It was aimed at changing the status quo on the LAC.

The military sources on Friday said that the violent clash in Galwan Valley has left 20 Indian soldiers dead and 76 injured.

This clash in the Galwan valley is the biggest confrontation between two militaries after the last clash in 1967 in Nathu La. India had lost around 80 soldiers and the death toll in China was around 300.

Prior to the clashes, both sides had been asserting that is important to resolve the pending issues of the boundary. It was necessary to maintain peace and tranquility in the border areas.