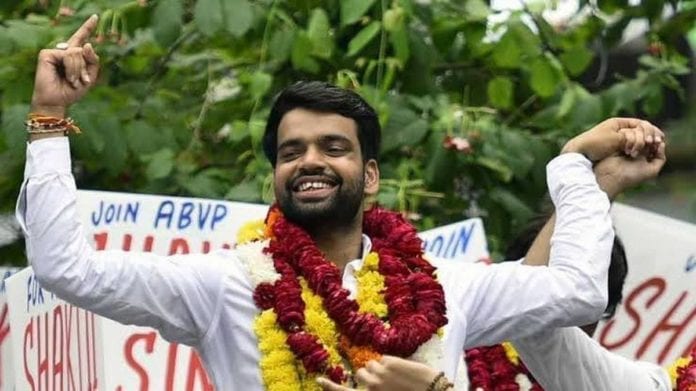 Delhi University top officials are tight-lipped, but Delhi police have confirmed receiving communication from the university saying that it has expelled Delhi University Student Union’s president  Ankiv Baisoya after he was found guilty of faking his educational certificates.

“We got the information from Delhi University that his (Baisoya) admission has been cancelled. We wrote to the university asking them to send us a verification report that they got from the Thiruvalluvar University and told them to lodge a proper complaint so that we can proceed further,” a senior police officer said.

“We sent the letter to the Registrar the same day. We got the letter in the evening on November 15, the day Baisoya’s admission was cancelled,” the officer told IANS.

He said he was forwarded the letter sent to the Registrar by the head of the Buddhist Department where Ankiv Baisoya was admitted.

Sources said the police was informed of the cancellation after the university got a letter from the Thiruvalluvar University Registrar confirming that Baisoya was never a student of that university.

Baisoya, who was elected as the Delhi University Students Union (DUSU) President two months back, said on Facebook on November 15, the day he was expelled, that he was resigning from his post.

Akhil Bharatiya Vidyarthi Parishad, the student group to which he belonged, too, suspended Baisoya on November 15, asking him to step down from the DUSU post.

Baisoya has been expelled for submitting fake documents from Thiruvalluvar University at Vellore in Tamil Nadu to secure admission in Delhi University where he was a student of buddhist studies.