Expressing disappointment and grief, Delhi University Students’ Union (DUSU) in a recently released press release notification condemns the statement released by Manish Sisodia, the Education Minister of Delhi, on the release of grants for twelve Delhi Government-funded DU Colleges. The students union claimed that the funds that are being utilized for payment of salaries are students’ funds and belong to the students union.

The notice added that the fund of the DU students is only meant for the utilization in conducting activities for DU students. DUSU asserted that the fund should be used for the purpose it is meant for I.e, the welfare of students. The press release notification further demanded the Delhi government take back it’s steps and instead stood up and take the responsibility of granting funds and allowances to Delhi University.

Manish Sisodia in his recent statement accused the University of Delhi of not paying salaries to its faculty and staff. He claimed that the release of salaries is constrained by Delhi University itself despite no financial deficit while alleging that some DU colleges are even making money in donations that amount to lakhs and are still not willing to compensate their employees. 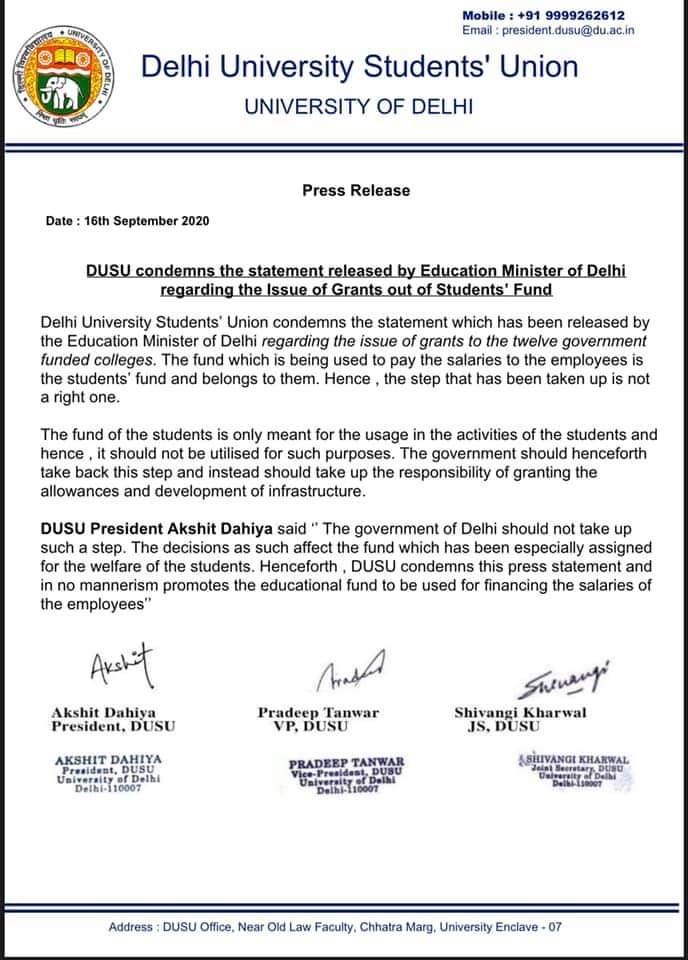