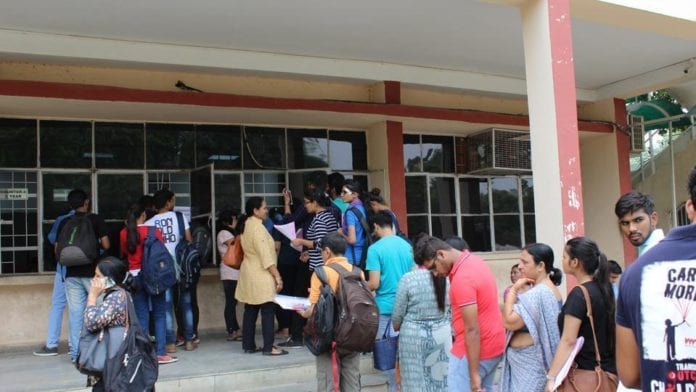 The Delhi University admission committee is planning to introduce a new formula of cut off in the upcoming academic sessions for graduation. This which will make aspirants from CBSE board to face a loss of 10 percent marks in securing the seat in DU.

As per the new cut-off formula, students with science subjects coming from state boards that have allotted 60 marks for theory and 40 marks for practical would lose 10 marks when applying to DU. However, DU follows the CBSE evaluation while state boards do not have such formula.

Students lose out who graduated from the state boards of Rajasthan, Haryana, Madhya Pradesh. But now under the new system a large number of students from these states, who apply in DU for higher studies would benefit. The proportion of theory and practical numbers of many state boards is 60:40, while Delhi University evaluates the marks of students of these boards in 70:30 ratio.

As compared to CBSE board in other states, Students of state boards like UP Board, Bihar Board, Haryana Board and others usually score fewer marks. For instance, both Haryana and Rajasthan boards have a 60-40 scheme for theory and practical examinations for Physics and Chemistry. However, in CBSE it is a 70-30 division. So, a student applying to a science course from these boards used to lose 10 marks from each subject. One of the aspirant Anvid Singh said,” This is such a relief. Deduction of 10 percent marks is a huge penalty for students especially at a time when the cut-offs are unrealistically high and even 0.5 percent matters.”

The main advantage is that If the proposal of the admission committee gets the final approval, then Pro-rata will not be followed and the marks will not be changed in the ratio of 70:30 to the theory and practical.