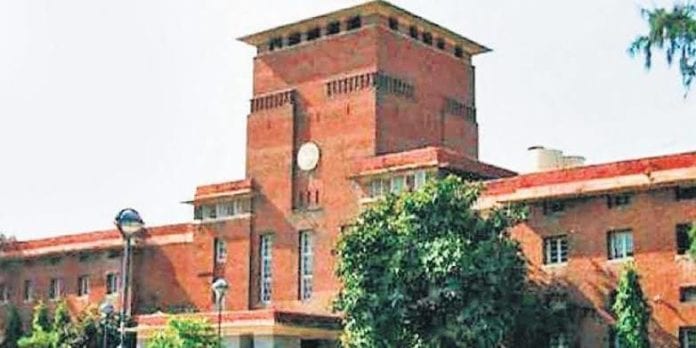 The University of Delhi in a press release held on 2nd July 2020 through a notification announced the establishment of DSSEED. The institute is established as a commitment to empower the country and to make India Self-Reliant (Atmanirbhar Bharat).

The University has established a flagship institute, Delhi School of Skill Enhancement and Entrepreneurship Development (DSSEED), under the Institution of Eminence (IoE) headed by renowned innovator and Biochemist, Professor Vijay K. Chaudhary (Honorary Director). The DSSEED will be guided by an Advisory Council comprising eminent scientists and innovation facilitators under the Chairmanship of Prof. N.K.Ganguly, Former Director-General, ICMR.

In the notification it announced that the special status of Institution of Eminence was accorded to the University of Delhi by the Ministry of Human Resource, Govt. of India with additional generous funding to promote research in cutting edge areas with the primary motive of bestowing to the nationwide growth as well as attaining better international rankings. The notification stated that DSSEED envisages endowing youthful talents from different streams by furnishing them with opportunities at various statuses in order to enrich the skills of the students through training and help them develop entrepreneurial skills.

As per the press release, the primary aim of DSSEED is to bridge the gap in the knowledge of institutions. The DSSEED institution will involve faculties from Science, Humanities, Social Sciences, Commerce, Economics, and Finance.

The notification stated that DSSEED will be a central point to deliver logistic aid to several policies originating from various decisions. College personnel and prominent faculty from different organizations and academia will be enlisted to educate qualified manpower and efficiently utilize human knowledge and infrastructure resources.

The notification further stated that for the students and entrepreneurs the institute will provide an incubation facility. As per the press release notification, to shape young minds to meet the global needs and fulfill the dream of “Make in India, Made for World” the DSSEED will regulate Innovative mechanisms in an integrated manner.

The University of Delhi has inaugurated the DSSEED to develop entrepreneurial skills and spirits in young minds. The institution is said to operate in the interest of the country and to promote Make in India.