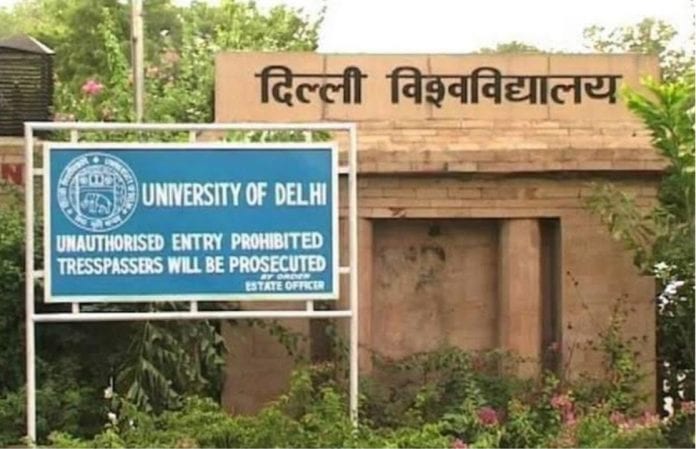 On Thursday 28 May 2020, the Ministry of Human Resource Development while backing Delhi University’s plan for conducting Online Open Book Exams (OBE) suggested a slew of measures to conduct Open Book Exams so that no student is left behind due to lack of internet access or financial reasons.

The MHRD asked Delhi University to tie-up with Common Service Centres which are set up all around the country for conducting Open Book Exams for final year students. Further, the ministry has asked DU to follow guidelines issued by the University Grants Commission for promoting 1st year and 2nd-year understudies. For students residing in the regions of Jammu and Kashmir who fail to sit for OBE, should be proposed to sit for a pen and paper exam in September.

In Open Book Exams announced by Delhi University, students would have to download the question paper, search for answers from the study material, and later submit the scanned answer sheets through the mail. However, the students who are residing in rural areas and are from economically weaker sections complained that lack of internet connection and low-speed internet will be a disadvantage for them. Some students raised a complaint that they don’t have proper technology or devices to appear for OBE.

According to MHRD, Universities need to modernize and innovate to make sure that no student suffers any academic loss. The Secretary of Higher Education Amit Khare said that as per the suggestion by MHRD, Delhi University should tie-up with CSC’s to make sure final year students do not face any issue while giving the exam. He further added that there are around 2.5 lakhs students in the final year studying at Delhi University. To make sure no student is left behind, CSC’s which are set up in every panchayat or block can be approached so that every student can give Open Book Exams.

He further suggested that DU should first conduct exams of those courses which have fewer students so that the effect of technological glitches will be minimized and issues could be resolved faster. The idea of the pen-paper examination which could be conducted in September is suggested so that no student suffers due to economic or other issues. The rationale behind the idea is that online examinations should not be the reason for students’ disqualification.

Delhi University’s Open Book Exams will begin from July 1. On Friday 29 May 2020, DU declared a tentative date sheet on its official website to conduct OBE in July. The Dean of Examinations has already asked Delhi University’s teachers to set question papers for the OBE exams to be conducted in July.