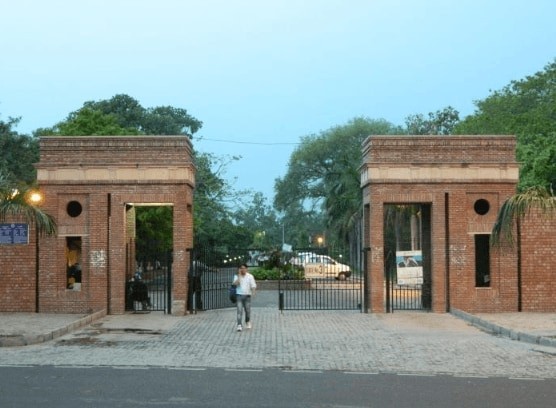 STUDENTS AND TEACHERS ACROSS DELHI UNIVERSITY ARE DEFINITELY FIGHTING NOT JUST CORONA, BUT MANY OTHER BATTLES ALONGWITH- OBE!

Delhi University’s decision to conduct Open Book examinations(OBE) for its final year students still stands unaltered even after the recommendations of the Kuhad committee and UGC. Those who are in first and intermediate years do not need to take examinations as they will be promoted on the basis of their previous performance and internal assessments whereas the final year students who are actually about to step in the competitive world, and need to prioritize preparations for that, are being bothered with the inconsiderate decision to conduct OBE.

Students are immensely disappointed with the conviction that has been showcased in terms of the final examinations of the third-year students.

A vast section of students in Delhi University belongs to the rural areas and underprivileged sections. Most of them didn’t even have the required devices to attend online classes leave alone the issue of internet connectivity and taking OBE.

Those who still manage to arrange for the devices lack the correct surroundings and the internet facility. Many have reached out to us saying that they have to walk as much as 3-4 far away from their homes to even receive and read the mandatory information sent by teachers and classmates on their official WhatsApp groups.

Students feel abandoned and unheard as if their voices are not even knocking at the ears which are responsible to decide the fate of students of a highly reputed University which is known for its academically excellent students.

Many even stated that they worked hard, day in day out, to get into this very same renowned university which has now become the cause of there problems.

“#DuAgainstOnlineExam This is so sick!!! I am utterly disgusted that the most esteemed University in India would play with students’ physical and mental health in the times of a pandemic. DU is supposed to be setting examples to everyone else but today I say Shame on you!!” a tweet stated.

They said that they were still trying to manage their studies and put in efforts despite innumerable unfavoured and tough constraints including Corona, Lockdown, Depressing news of suicides, and stress to name a few, then what was the entire chaos of igniting the flare about stripping the exams. Even now, the exams have been postponed by 10 days rather than conducting the exams on the previously issued datasheet. This is inciting rage among students and making the already messed scenario even more chaotic.

Soon after the entire nation went into lockdown, education institutions or let say the whole system couldn’t fathom the possibilities to move on with.

As an alternative to not let the education land on to a stagnant mode, the concept of online education was pitched in. It won’t be any wrong to state that it surfaced more like a formality no less than those government schemes which exist on paper but not in the real world.

Online classes were conducted and “education” was being imparted, as said but this cannot be denied that the objective was not met even slightly.

Reasons for the same can be innumerable. Be it unavailability of the requisite devices, internet facility, or incompatibility with the technology both on the students’ and teachers’ part. The Outcomes of this initiative proved out to be inefficient and insufficient.

“If sending PDFs of Scanned book pages is referred to as online classes and the makes us eligible for exams then anyone having PDF of the constitution of India in his phone is eligible for becoming CJI” ~ tweeted Nancy Tyagi.

Owing to all this and for the larger good of everyone involved and associated with the education system and mainly students, most of the institutions as prestigious as even IITs canceled their examinations despite imparting a continuous online education and promoted their enrolled students and preferred planning about the strategies for the coming semesters rather than burdening their teachers’ and students’ with unnecessary pressure to conduct and attempt examinations. In context to this, many DU students have raised concerns saying when these professionals and highly deemed institutions can cancel examinations then which reputation are Delhi University decision-makers  trying to save and live up to by resorting to conducting exams in the wake of this pandemic?

Recently, the CBSE and CISCE boards also canceled their examinations for class 10 and class 12. In fact, they even gave the students, a choice to retake or attempt the examinations if in case they will be unsatisfied by the results evaluated on the basis of internal assessments, as and when announced.

A few days ago, the University Grants Commission recommended all the universities to promote its final year students without examinations and on the basis of internal assessment and their performance in the previous semesters.
And now, Delhi University has postponed its examinations by 10 days which were supposed to commence from 1 July 2020.

Many students have to take entrance exams, many are anticipating admissions to some other institutions for further higher education, few haev placement offers in their hands adn have to join in a short time and many are preparing for competitive exams. This way, this entire prolonged process and decisions have come up is no less than a dramatic script of a reality show which has left students anxious about further vicissitudes. This dithering attitude on the part of administration is wasting students’ valuable time which they need to invest in their studies for higher education or career currently.

“Fate of around 4 lakh DU students hang in balance. The UGC must scrap final year exams. Students must be freed from all tensions and anxieties in these times of the pandemic.” tweeted Mituraak Dhusiya who is a professor of English Literature at Hansraj College.

There is also a concern that many students themselves are suffering from Corona and if not them, then some of their family members. This has created a situation of havoc and they are not in a mental stature to take the examination in any mode currently. Those who are being advised to reach out to the CSC centers are scared of containing the virus by stepping out.

“I just came across a person who lost both his parents in the span of a week. I can’t imagine his pain. I don’t even know how to console someone who’s been through that. How can we expect them to study for exams?”~ tweets Tapsi Chadha.

“IT WON’T BE A SURPRISE IF I COMMIT SUICIDE”, DELHI UNIVERSITY STUDENT STRESSED OVER OBE

Also, the proposal of conducting examinations again in a pen-paper mode later for those who will be unable to take the examinations due to any reason this time is also referred to as highly biased and unfair.

Since there is no final decision on that and no tentative dates, it is also another mis-thought and an unfair way which will reckon the future of the students.
Hashtags like #scrapOBE #DuAgainstOnlineExam #DUTAgainstOBE are trending on twitter and both students and teachers have been expressing their concern and raising their voices about the same on the social media platforms trying to reach out to varsity authorities, UGC and even HRD Minister.

Not just that, they also reached out to high court and Supreme court for the same. 4 professors even approached the President of India to intervene and get the justice done.

Some students and teachers were detained by Delhi Police for protesting against OBE in front of the Arts’ Faculty of DU, recently.

ALSO READ: DU STUDENTS, TEACHERS DETAINED BY THE POLICE FOR PROTESTING AGAINST OBE

The fate of more than 4 lakh students it still uncertain and only time will unveil the further decisions and their repercussions.

The Idea of conducting OBE in unprecedented times like these, undoubtedly sabotage the sanctity of examination and essence of education in this scenario.