The University of Delhi has recently declared that it might take the end term exams in the coming year.

Delhi University has been planning to conduct the examinations via online mode, the decision resulted in many heated debates and protests between the students and the institute. As the students and teachers jointly opposed this new idea, DU has recently issued an order which says that 1st and 2nd-year students can skip the end term exams and appear next year for the same set of exams, on the basis of which, they will be evaluated for this semester.

In the notice issued by DU, it was clearly mentioned the criteria on which, the first and second-year students will be promoted to next semester, this year.

Also, it stated, in case students fail, marked absent or need, improvement in a particular subject, then, the students could be eligible for exams next year.

The official statement indicates, “Students may pass the examinations for the course in which he/she has failed/remained absent when assessments are held in the successive year as per the sequence of the semester and the span duration.”

It also states that all pupils will have the freedom to increase their grades in the coming year as per the series of the semester for students enrolled in the semester mode of education. 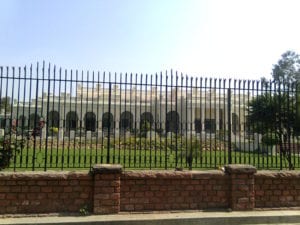 In the previous week, DU issued a notice in which the authorities declared the promotion of intermediate students without exams. This was due to the fact, the contemporary exam conduction seemed next to impossible because of coronavirus breakage all over the country.

Students of middle semesters will be granted promotion on the norms of internal assessment and tests as well as their actions in the last semester. The announcement by DU on June 4 tells that the institute has gone for a different mode of rating in these catastrophic situations.

DU students not in support of the virtual model of exams.

Delhi University has confirmed that the examinations for the last semester students this year will be held in an open book layout, with the least practice of internet, amid the coronavirus explosion in the country. This criterion has been taken as offline or conventional exams cannot be administered due to the lockdown restrictions and danger of infections.

Students of Delhi University have been voiced against the conduction of open-book exams. Many students feel that giving marks in such exams would not be equally justified as some students who live without a proper internet connection will have difficulty uploading their answer scripts.

Students are still optimistic that the university will discontinue the end term exams and assess them on the bases of internal tests and previous semesters, just like the institute is doing for intermediate semester learners.

The University has also issued guidelines for the students who will be appearing for the exams from July 1, 2020, with the new idea of open-book examinations. All the final year students are required to go through the prescribed guidelines. Also, students should believe in the guidelines mentioned on the official website of DU and keep themselves away from fake news.

DELHI UNIVERSITY NOTICE FOR INTERMEDIATE SEMESTER/ TERM STUDENTS: HOW TO IMPROVE GRADES AND TO BE PASSED IN FAILED SUBJECTS | CHECK ALL DETAILS