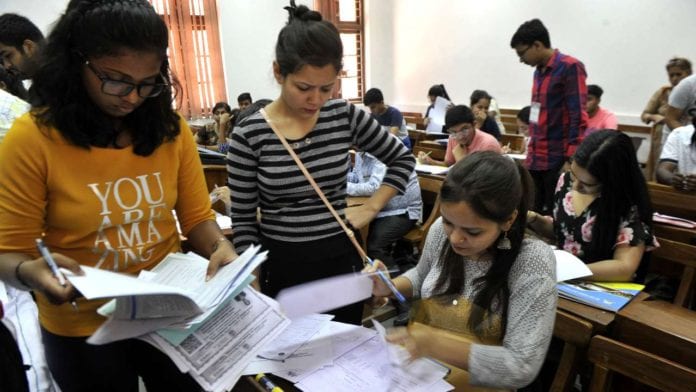 On Tuesday Delhi University clarified that colleges are permitted to consider provisional mark sheets for admissions.

“We have sent a clarification to colleges stating that they can carry out the admission process based on the provisional mark sheet of the aspirants. However, the student is required to submit the original mark sheet within 10 days,” said Gurpreet Singh Tuteja, officer on special duty (admissions), DU.

Prior to the clarification, many students who had reached various colleges for admissions on Tuesday complained that their provisional mark sheets were not being accepted.

Vineet Chawla, father of an applicant in Ramjas College said: “We went to our daughter’s school on Monday to get the original mark sheet but the school has not received it yet. The principal provided us with an undertaking affirming the same. However, it was not accepted in the college and we were denied admission.”