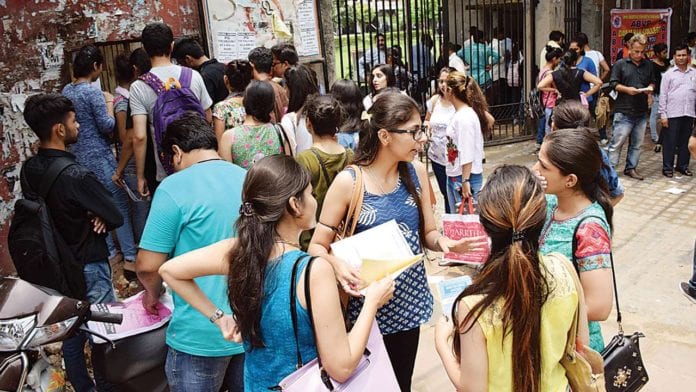 The fresh cut-off for all colleges is available on the official website of DU i.e. du.ac.in except St. Stephen’s College for which you can find it at ‘ststephens.edu’ .Stephen’s stated in an official note that it has released a fresh cut-off for the Christian ST (CST) category across all disciplines to “ensure better representation”.

Due to the limited number of candidates from the Church of North India (CNI), CNI Delhi Diocese (CNI DD) and CST categories, the rider for Economics has been further reduced from 90 to 80 for these categories and these changes were made in the 2nd list itself.

If a candidate matches the cut-off, i.e., their marks are equal to or more than the marks in the cut-off list, then they will have to appear for the verification process. The 1st cut-off list was released on 27 June, 2019 and on this basis over 23,000 students have sought admissions to the varsity whereas a total of 64,000 seats are available across courses at the varsity.

Around 10% seats were also constructed for the newly introduced Economically Weaker Section (EWS) category. The cut-off for the quota in the first list was approximately equivalent to the unreserved category but came down by one percentage for the EWS students in certain top colleges which had set it far high due to the unfamiliarity with the new category.

The third list is scheduled to be released on 9 July, 2019 for which document verification, approval of admission and fee payment will be held from 9 July to 11 July, 2019.