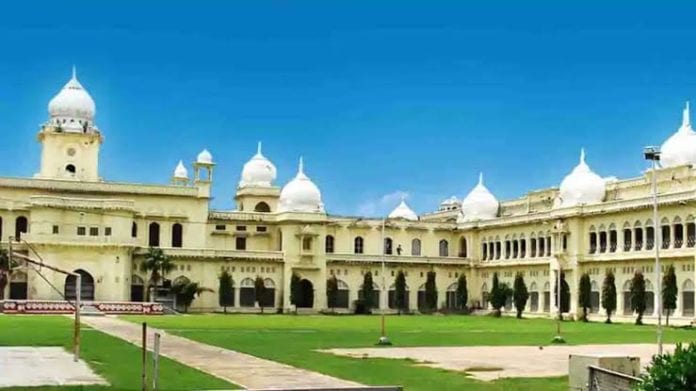 Every year, lakhs of candidates from all over India registers for Delhi University. However, due to limited seats, only a few students get enrolled at Delhi University. Many opportunities are still available as DU alternative universities.

If you are not able to take admission to Delhi University, still there are many alternatives available. You have the chance to register yourself to other reputed universities, which are highly ranked and excellent in academics and extra circular activities.

Here’s the list for best universities as DU alternative

JNU is a central government-run university The university is recognized for leading faculties and research emphasis on liberal arts and applied sciences.  It has been ranked 2nd by NIRF.  JNU also collected the Best University Award from the President of India in 2017. It offers many undergraduate and postgraduate courses. The admission is done merit-based or entrance examination. The university has many notable alumni such as Subrahmanyam Jaishankar – Foreign Secretary of India, Venu Rajamony – Press Secretary to the President of India, Amitabh Kant – CEO of NITI Ayog, Nirmala Sitharaman- Finance Minister of India

BHU is one of the oldest and most renowned universities in India,  established in the year 1916. The NIRF has ranked it 3rd best university in the year 2020. BHU is organized into 6 institutes and 14 faculties. BHU is placed on the southern part of Varanasi, near the banks of the river Ganga and the central campus. It is spread over 1,300 acres. The admissions are done via the entrance exam.

JMI is a central based university, located at Okhla New Delhi. The campus has spread over a large area. Many of its buildings are being renovated and modernized. Jamia Millia Islamia has nine faculties under which it proposes many academic and additional courses. The admissions are done by merit and entrance tests. The university has many notable alumni some of which are Shahrukh Khan, Anjana Om Kashyap,  Barkha Dutt, Virendra Sehwag, and Kabir Khan.

GGSIPU is a Delhi Government-run university established in the year 1998. The university was ranked 66 among Indian universities by (NIRF) in 2019 and 95 as under overall criteria. There are more than 120 colleges affiliated with it which are run according to the rules and regulation set by the institute. Tapsee Pannu, Astha Gill, and Devika Vaid are some of the notable alumni of GGSIPU.

O. P. Jindal Global University is a private university situated in Sonipat Haryana, it was established in 2009. The university was ranked 751–800 in the QS World Ranking 2020, bringing it the youngest university to smash into the rankings. OP Jindal has one of the finest faculty including Swantantar Kumar – former Judge of Supreme Court, Upendra Baxi- Former VC of DU.  The fee structure is determined according to the course selected.

Located in Bhubaneswar, Odisha, Xavier University is a private university. It is recognized by UGC & AICTE and affiliated to NBA and SAQS for its MBA programs. It offers a wide range of UG, PG, and doctoral proposals. Based in the field of Business Management, Sustainability Management, Communications, Computer Science & Engineering, Economics. Due to backing from HP and IBM, XU sees itself as the first fully digitized institute in the country.

Galgotias is a private institution located in Greater Noida,  established in 2011. It has been ranked as one of the top institutions in Engineering, Management, Law. It is a well-reputed institution that offers more than 200 programs, such as MBA, Engineering, MA, BTech, BBA, various others. Also around 750 foreign students study here. The University has a track record of furnishing its students with 100% placements. The students of Galgotias University are placed in more than 450 multinational corporations.

Amity University is one of the most renowned private universities in India.  The chain of faculty members includes 500 Academicians, Scientists & Researchers Led By 11 Former Vice Chancellors. All Amity locations are attached to Amity University Campus, Noida over MPLS VPN Network. This enables us to transmit Live Class Rooms to all locations via eLearning Solutions and IP Cameras.

Over the years 27,000 Amity pupils have got on-campus placements in MNCs.

Leading firms across various domains reach for campus placements at Amity. In technical courses, approximately all students are placed before the course ends. The admission process online for various graduate and undergraduate courses.

BITS is located in Pilani Rajasthan. The institute is funded by Aditya Birla Group. It is one of the first six institutes to be rewarded the Institute of Eminence status in 2018. After the growth of  campus in Dubai, it has become the first international deemed university

It majorly focuses on engineering and research. The university has 4 established campuses and 15 academic departments. It directs mainly on higher education and research in engineering and sciences.  BITS carries out the BITS Admission Test for those who want to study in the prestigious institution. Admission is given based on the aspirant’s performance in the BITSAT.

After examining the above list of reputed universities,  you can easily contemplate that there are many good DU alternative colleges, that are highly ranked and have all the necessary elements. These universities offer various courses at post-graduation and graduation levels. The selection of DU alternative universities should be based on your course preference, so select accordingly.

SCOPE OF DOING B ED FROM DELHI UNIVERSITY | 7 KEY POINTS

Your hard work with honesty can take you to your goal and success in the future.