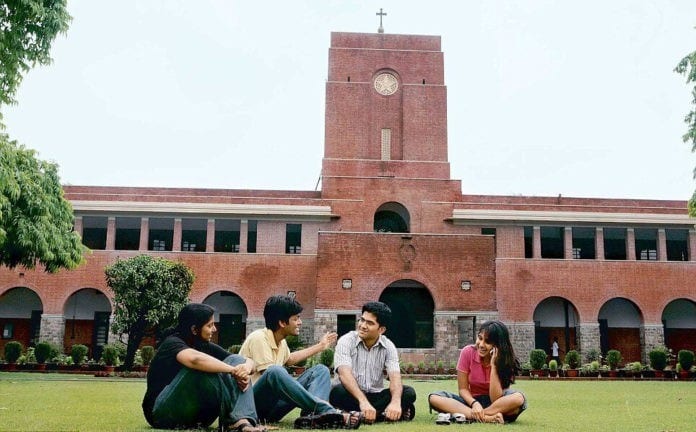 The admission season has been delayed this year due to the COVID crisis. However, the wait is over as the cutoffs for Undergraduate(UG) and Postgraduate(PG) courses are likely to release from 12th October 2020. The official notice explains that the procedure will take place in five rounds. Hence, 5 cutoff lists will be released this year.

Sites available for checking the cutoffs

The cut offs would made available on the official site of the University that is, du.ac.in . Aspirants who are eyeing for a certain college can also refer to the particular college’s website. As per now, 5 cutoff lists would be released with the gap of a week. So, the whole month of October and half of November would be occupied with it. Cut off lists beyond 5 will only be announced if the seats fall vacant.

A higher cutoff is expected due to a massive influx of aspirants. Approximately 1 lakh more students have applied this year for the UG programme as compared to the figures of last year. 3,53,919 students in number have applied for the available 64,000 seats across the University.

The 1st cutoff is to be announced on 12th October and the admission process would wrap up around 14th October. The tenure of the 2nd cutoff is 19th to 21st October. 3rd cutoff would be expected around 26th to 28th October. The rest two cutoffs would fall in the month of November.

The aspirants looking forward to taking admission in the Delhi University(DU) are recommended to keep their documents and its several photostats in handy. These documents include
• Class 10th Marksheet /Certificate
• Class 12th Marksheet
• School Transfer Certificate
• SC/ST/OBC/EWS/CW/KM certificate (if any)
• Passport size photographs
• Aadhar card

How to calculate your percentile?

Best four system would be made applicable around all the colleges of DU. So, the students are required to calculate the marks of their top 4 subjects. The percentage so got would be their marks and the cutoffs can be compared then.

Since the admission process started very late this year, the cut-off if also to be announced late. It would be a cut throat competition due to the large number of applications made. Hence the bar of the cut offs will go further higher than the past year. So we wish GOOD LUCK to the aspirants!