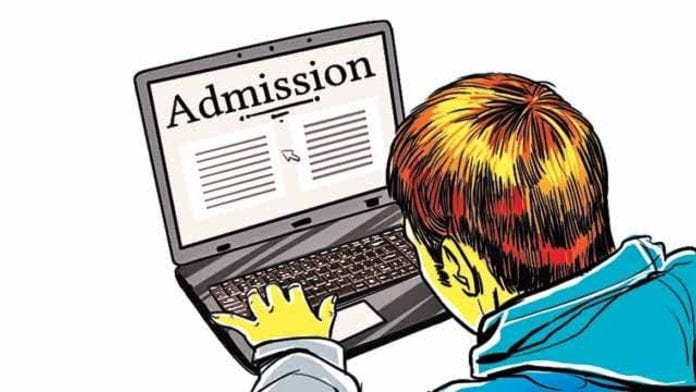 The University of Delhi has released its fifth cut-off list for admission to various undergraduate courses and colleges. The cut-off is available at the official website, du.ac.in, as well as the list of the minimum marks needed for admission to the respective college has also been uploaded at their websites. DU 5th cut-off for admission.

Last year, a total of 10 cut-off lists were declared. Candidates can check their cut-off list at du.ac.in. This year too, if the seats are vacant the sixth list might be released.

The Guru Nanak Dev Khalsa College offers the admission to the BA (H) English Course at 90% and BCom (H) AT 93% in the fifth cut-off, thus providing a scope to many students to get admission who were panicked due to sky-rocketting cut-offs.

The Mata Sundri College for Women declared the fifth cut-off demanding 85% for BCom, 94.25% for B.A(hons.) Psychology and 77% for the all three B.A(Specific Combination List), B.A(Hindi + Philosophy) and B.A(Punjabi + OMSP) courses.

Students who didn’t got admission in any of the college of the Delhi University are recommended to grasp their seat as soon as possible in the best course and the best college they can get.

Keshav Mahavidyalaya is offering the seat to the students eyeing for B.A (hons) Psychology at 94.75 percent and the B.Com(hons) at 94.50 percent.

The college is demanding 93.66 percent for the famous course among the science students, B.Sc(hons) Physics.

The famous women college, Vivekanad has released the fifth cutoff offering the BA (H) Sanskrit at 52% whereas BSc (H) Mathematics at 90%.

B.A (hons) Poltical Science has been relatively high according to fifth list in the college with the cut-off at 95.50% and the most sought course of commerce, B.Com (hons), at 95.75%.

The college is demanding 96% for BSc (H) Chemistry as well as BSc (H) Mathematics.

In this college, 1% concession in the cut-off is also given to women candidates.

The students who want to pursue B.Com from this college should have scored 92.25% in their best four subjects according to the fifth list.

The PGDAV evening College’s cutoff as per fifth list for BA Hindi- History is 80.75% and 80.75% for BA History, Political Science.

In case a candidate has already booked a seat in another course or college and wishes to make a shift, they can do so by cancelling the previous admission.  A  cancellation fee of Rs 1,000 has been introduced this year with a motive to curb the switching between colleges.