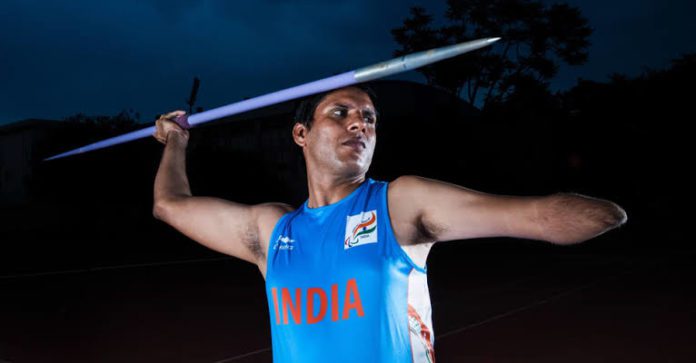 Jhajharia started the event with two average throws of just over 60m mark, but then his third throw went 64.35m, reigniting hopes of a medal. The fourth and fifth throw from the Indian para-athlete were registered as fouls and the final one was registered at 61.23m.

Sundar, too, started slow but registered a throw above the 64m marks in his fifth attempt to get into the medal contention.

The third Indian javelin thrower in the final Ajeet Singh finished in the 8th position in the final.

The F46 classification is for athletes with arm deficiency, impaired muscle power, or impaired passive range of movement in arms, with athletes competing in a standing position.

The 40-year-old Jhajahria, already India’s greatest Paralympian after winning gold medals in the 2004 and 2016 Games, pulled off a new personal best throw of 64.35m for the silver.

All that India’s ace javelin thrower Devendra Jhajharia could long for after clinching his sliver at the Paralympic Games in Tokyo on 30 August was to return home at the earliest. 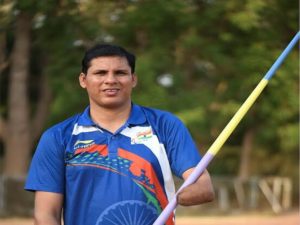 “Can’t ask for more as I’m winning my third medal at the Paralympic Games,” said Jhajharia about his medal from the men’s javelin F46. “It’s silver but I’m really happy. I can’t wait to hand it over to my daughter. All I manage to do is talk to her over the phone.

“In the last seven months, I have met her once and only twice in two years. Such has been my tight training schedule and COVID-19 also made it impossible to travel. I was stuck in Gujarat and my daughter is in Jaipur and we are missing each other so much. Can’t wait to meet her,“ said the 40-year-old, who is already India’s greatest Paralympian after winning gold medals at the 2004 and 2016 Games.

Jhajharia started the event with two forgettable throws of the 60m mark but made amends with his third throw of 64.35m, a personal best, reigniting hopes of a medal. However, with two back-to-back foul throws and with a 61.23m in the final, his gold medal hopes ended. His rival and good friend from Sri Lanka Dinesh Priyantha Herath claimed his country’s maiden Paralympic gold with a record throw of 67.79m, while countrymate Sundar Singh Gurjar won the bronze with his best throw of 64.01m.

“The conditions were testing with so much heat and humidity. I’m still gasping for breath. The performance still has been good. After those ordinary first two throws, I didn’t lose my concentration and want to keep my focus going. My experience helped me to get back into the contest and my third throw was good,” said Jhajharia.

He was all praise for Herath, having played second fiddle to the former at the 2019 World Championships in Dubai.

“The rivalry is fierce, but he is my best friend. I’m so so proud and happy for him. When I have some niggle or something, he will apply spray and take care of me, and I do the same. We share a very strong bond,” said Jhajharia, acknowledging that the success of Neeraj Chopra had triggered a lot of excitement around the sport of javelin and they were in the hot seat heading to Tokyo.

“Yes, Chopra’s gold at the Olympics put the onus on us to perform and I’m happy that we got two medals. We were so excited after Chopra’s win but there was no pressure as such,” revealed Jhajharia.

Twenty-five-year-old Gurjar, who lost his left hand in 2015 after a metal sheet fell on him at his friend’s house, speaking about his bronze medal performance said:

“Nothing is more special than winning a Paralympic medal. I want to thank Mahavir Saini, my coach. I started slowly but managed to get the 64m mark in the fifth attempt and that was special. My next goal is to do well in the Asian Games.”

The Jaipur-based Para-athlete had won gold in the 2017 and 2019 World Para Athletics Championships. He has also won a silver in the 2018 Asian Para Games.

After the manic Monday morning session in Tokyo, India went past their best-ever tally of 4 medals (Rio in 2016 and Stoke Mandeville/New York in 1984). India won as many medals as it had won from the 1988 to 2016 Paralympics in just 6 days at the Tokyo Olympics.