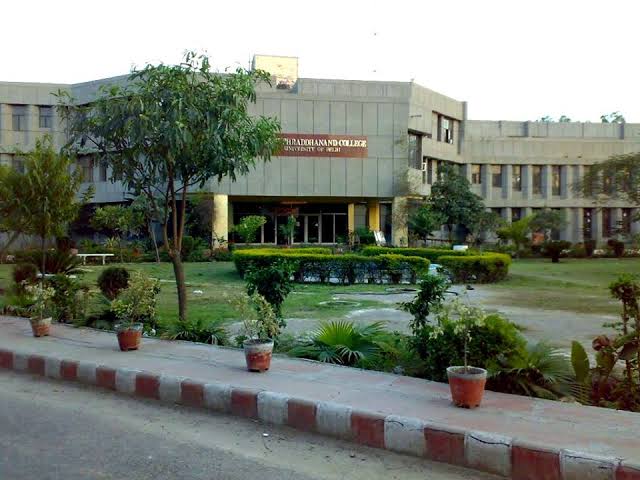 A controversy has broken out in the University of Delhi’s Swami Shraddhanand College over the appointment of an assistant teacher. According to college professors, the due process was not followed, while OBC candidates were given a raw contract. Staff members at Swami Shraddhanand College claimed that the college has appointed assistant teachers without approval from the governing body and further overstepped the charges of the National Commission for Backward Classes (NCBC). The National Commission for Backward Classes has issued a notice to the college authorities and has directed them to appear before them.

As per the allegations put up by college staff members, one post reserved for an OBC candidate has intentionally been withdrawn from the Department of Computer Science. However, this is not it, said the members of the governing body. They asserted that before conducting any interview at least three weeks should be allotted according to the instructions of NCBC. However, this advertisement was withdrawn on 11th February and the interviews began right after on 13th February.

A member of the governing body representing the Delhi Government in the council, Hari Om said that the administration of Swami Shraddhanand College did not even issue an advertisement on the Delhi University website, even after beginning with the interviews which is a rule. He added that usually, the governing body assembles a meeting of the chairman of the government body. However, the college consists of no chairman so far and the college principal has not met any of the members.

TENURE OF GOVERNING BODY OF 28 DU COLLEGES COMPLETES NEXT MONTH

The NCBC has further asked the authorities of Delhi University college to be there at the hearing which is about non-compliance with the NCBC directives and taking forward the walk-in interviews. The commission further claimed that none of the rosters of Swami Shraddhanand College are in the governing body. Therefore, any registration submitted before the NCBC is not valid for an appointment without being approved by the governing body. The roster that has been submitted to the commission is also inaccurate. Only one post was vacant in the Department of Political Science but over three posts are being considered for appointment. Furthermore, one post has been put up for the College’s Department of History despite no workload in the department, he added.