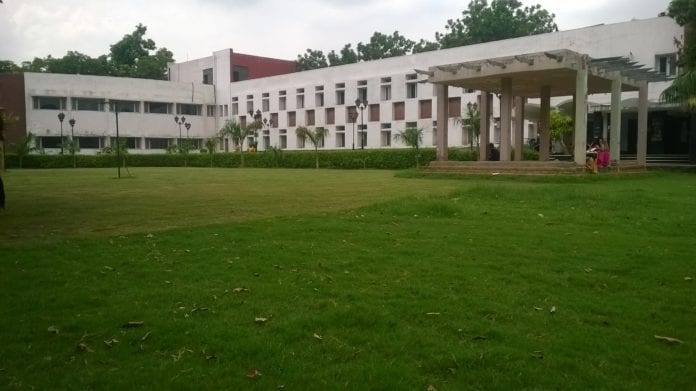 Sixteen students of Delhi University’s Daulat Ram College are fighting a legal battle to salvage their future after their admissions were cancelled following allegations of irregularities in admitting them under the sports quota.

On August 2, the admission of 16 girls under the sports quota was cancelled by college Principal through a notice, conveying that admission of those admitted under the first list — issued on July 9 — “stands cancelled” and asked them to register again on August 4 and 6.

The college, however, in another communique issued on August 7, invited 12 out of the 16 students to take admission under changed courses.

No such offer was extended to four students, who, Savita Roy, the school principal has alleged, do not have the “merit” to be in the college and managed to secure admission only through “favourism”.

The students, through a writ petition in the Delhi High Court, have since managed to get a stay on the August 2 notice. The court has asked the college to allow all students in the class till the next hearing on October 11.

“Sixteen of us decided to not re-register ourselves and went to court because the principal said ‘girls with high scores who didn’t get chance earlier as they were not given their preferred subjects should be given a chance, and I feel bad about them, this is why you should re-register’. This is unfair,” a student who may lose her seat, said.

In her explanation, Roy stood by her decision against the four students and alleged irregularities committed by the sports committee in-charge in following the university guidelines and favouring certain students.

“I found that the UG bulletin was not followed by the sports committee in admitting the students. For example, in tennis, where we have reserved two seats, the first and fourth ranks were given admission and not second and third, who were asked by the committee to wait for the second list,” she said.

In another example, she alleged that top chess players were denied admission in the college, despite the game being listed under the college’s name in the UG Bulletin, just “so that once these top players have got admission in other colleges, lower ranked candidates can be called for admission”.

She has since removed Kavita Sharma, the sports committee in-charge, from her post and accused the sports teachers in the college of forming a “coterie”.

“If I can rectify the previous wrong, then why should I not,” she replied when asked for the reason the admission of the four students was cancelled when it was a lapse on the administration’s part.

The former sports committee in-charge, in her turn, accused the Principal of playing “politics”, insisting that she has done no wrong, and said she has written to the college governing body against her removal.

“It’s a political vendetta against me. Had I known that she (Roy) would do such a thing against me, I would have refrained from conducting the sports admission,” Sharma said.

Counsel appearing for the students said the principal’s reasons for cancelling the admission are unsound and arbitrary.