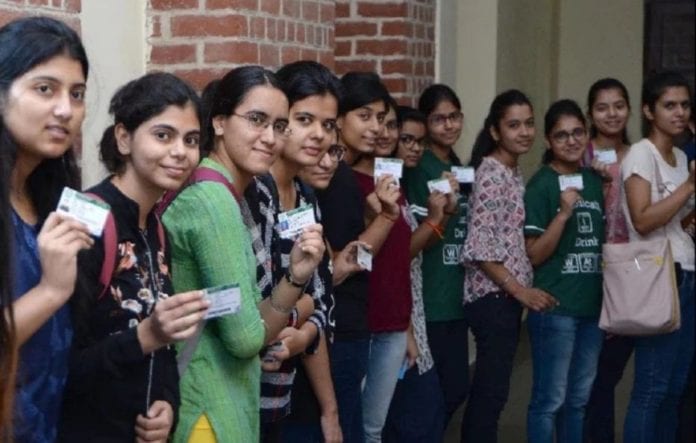 According to the notification issued by the DU Registrar, the nomination papers along with the demand draft of Rs. 500/- and affidavit will be accepted till 3 pm on 4 September, 2019.

The nomination forms can be downloaded from the official DU website and the prospective candidates should take the print out of the form, preferably of A4 size.
Nomination papers for the Membership of Central Council are to be obtained from the concerned Colleges/Departments/Institutions.

The timings for voting for DUSU body would be held from 8:30 am to 1:00 pm for day classes while for evening classes the voting would be conducted from 3:00 pm to 7:30 pm. The date, time and venue for the counting of the votes will be announced later for the university.

No candidate contesting election of Office-bearers of the Union will be allowed to enter any College or Hostel premises for the purpose of canvassing without proper identification i.e. College Identity Card or an Identity Slip issued by the Office of the Chief Election Officer.

The candidate may be allotted to submit ten minute electoral speech in a video clipping which may be uploaded on DU website after the approval of the Chief Election Officer. A slot of ten minutes may be provided to each candidate contesting for DUSU office bearers on the University FM Radio after due screening by the above committee.

The appropriate time can be announced by the Principal of Colleges/Head of the Departments/ Institutions in their College/Institution/Department in which the candidate can come, meet and address the students. This may be given adequate publicity so that the candidates and the students know the arrangements so made.

For each office of DUSU office bearers, there would be separate EVM ( DUSU set up ) and for College Students Union Election Separate EVMs ( College set up ) would be provided by the Office of Chief Election Officer.